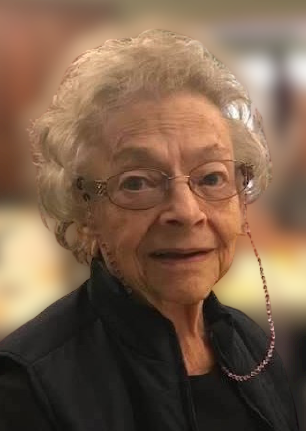 She was born October 19, 1924 in Pine Bluff, Arkansas and was the daughter of the late John B. Rodgers and the late Helen Millee Rodgers. Aileen held a strong love for children and she believed in the importance of education, which influenced her decision to attend and graduate from Arkansas State Teachers College. After making the decision to make her home in Canton, Mrs. Ezell taught school at North Canton Elementary where she retired with many years of dedicated service. She was also a very involved member of the North Carolina Association of Educators.  Mrs. Ezell was a faithful and active member of Canton Central United Methodist Church where she served on several church committees, taught Sunday School and was also a youth director. American history and her family ancestry and genealogy were important to Mrs. Ezell. She was honored to be a member of the American Colonists, Daughters of the War of 1812, the DAR and also the UDC where she held many state and federal offices. Aileen was a lady blessed with many talents and many friends. She enjoyed playing bridge, loved all types of trains and had served as the president of the Asheville Train Club, and of course as one would expect- she was an avid reader! Aileen was an inspiration to the hundreds of children that she taught. A true teacher’s dedication affects countless others and one never knows where her influence may be found. Aileen Rodgers Ezell will be loved forever by her family, her friends, and the many children that she taught each and every day.

In addition to her parents, she was preceded in death by her late husband, John Ezell; a son, William “Bill” A. McEntire; twin infant great-grandchildren, Maddie and Ellie McEntire; and also her “sweetie dogs.”

A graveside memorial service to honor the life of Mrs. Ezell will be held at 2:00 pm on Sunday, May 2, 2021 at Green Hill Cemetery in Waynesville. Dr. T. David Phillips will be officiating.

In lieu of flowers, memorials may be made to Sarge’s Animal Rescue Foundation at 256 Industrial Park Dr. Ste. B, Waynesville, NC 28786 or to the Haywood County Meals on Wheels Program at 157 Paragon Parkway, Clyde, NC 28721.

The family would like to extend their deepest thanks to the Haywood Lodge and Retirement Center for their love and special care given to Aileen.

Crawford / Ray Funeral Home and Cremation Service is honored to be caring for the family of Aileen Ezell.