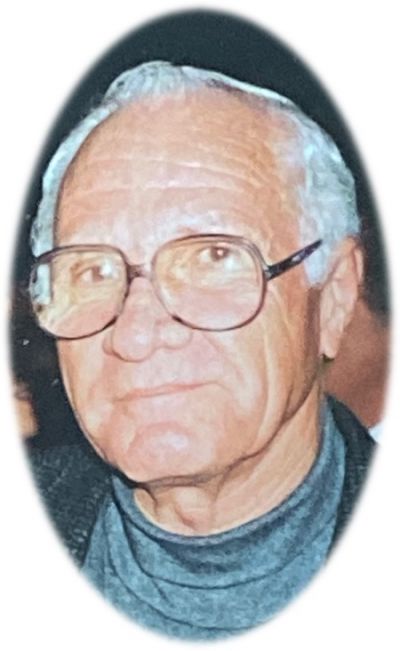 Canton- During the late evening of Sunday, March 1, 2020, Albert Jesse Reno, Jr. left this life with his family by his side only a week after celebrating his 95th birthday. AJ will be deeply missed by his family and the friends he made throughout his life.

Albert was born February 23, 1925 to the late Albert and Goldie Plemmons Reno. Being a lifelong resident of Haywood County, he had graduated from Canton High School. He continued his education at Brevard College where he received his Associate Degree. AJ proudly served his country in the United States Navy during World War ll. He later married the love of his life, Margaret Robinson, and were blessed four children, Jimmy, Robin, Annette, and Johnny.  AJ was employed as a maintenance electrician at the Champion Paper Mill for 43 dedicated years.  He enjoyed playing many sports including football at Brevard College, softball for the Champion Fastpitch Team for many years, bowling on several leagues, and during his later years he enjoyed playing golf with his lifelong Champion co-workers and friends.

Albert was an active member of Canton Central United Methodist Church for many years, helping with the Men’s Fellowship Breakfasts and being a resource for any maintenance needs at the church. AJ made certain that the church services were broadcast on WPTL radio station each Sunday morning. He was a devoted father, husband, and friend to all that knew him. AJ and Margaret loved spending time with their dear friends where they enjoyed wonderful music and dancing. He will always be remembered as a sweet caring man who would help anyone in need. AJ will also be remembered as a loving “Papaw” to his precious grandchildren, Brian, Anna, Corey and Katie.

In addition to his parents, he was preceded in death by his wife, Margaret Robinson Reno; loving devoted son, Jimmy; and also his son-in-law, Tom Barry.

Surviving are his daughter-in-law, Connie Reno and son, Brian of Raleigh; daughters, Robin Barry of Waynesville and Annette Reno Haag and husband Roger of Columbus, Wisconsin, and their daughter and son-in-law, Anna and Collin Hormig of Sun Prairie, Wisconsin; and a son, Johnny Reno and his wife Dana of Candler and their children, Corey and Katie. Also surviving are his sisters, Betty Lee Shepard and Joann Latimer and her husband Ben.

The family would like to extend their deepest gratitude to the caregivers who gave exceptional care to Albert and Margaret at their home, and also special thanks to the wonderful staff at Silver Bluff for their compassion and dedication to Albert.

Memorial gifts may be made in AJ’s memory to The SECU Center for MemoryCare at 100 Far Horizons Lane Asheville, NC 28803.

The Renos invite family and dear friends to join them for a Celebration of Life gathering to honor and remember the lives of AJ and Margaret, and their son, Jimmy. This will be held from 6:00 until 8:00 pm Thursday, March, 5, 2020 at The Milltown Place, a division of Crawford / Ray, 51 Main Street in downtown Canton.

Crawford / Ray Funeral Home and Cremation Service is honored to be caring for the family of Albert Jesse Reno, Jr.