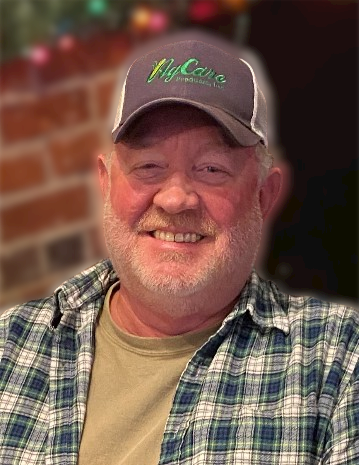 Leicester- Our hearts are saddened by the loss of our loving Son, Dad, Papaw, and Brother, Allen Moore Garrett, who passed away peacefully on Wednesday, July 27, 2022.  We lost a special man on this day.

Allen was born September 28, 1960 and has been a blessing to his family each and every day of his life. He had made his home in Leicester, attended Erwin High School and was a great friend to many.  Mr. Garrett had been employed with the Buncombe County School System as a bus driver and he had also worked in his family’s business, Garrett Cabinet Shop, as a skilled carpenter. His most recent employment was working in ground maintenance at Mars Hill University and AB Technical Community College,  and this was truly a career that Allen enjoyed.

In remembering Allen, we shall never forget his great love for the outdoors. Fishing in his favorite mountain streams and being among the mountains where he was born and raised always brought him great joy and peace within his soul. He spent many hours working cattle on the Garrett farm and he could often also be found horseback riding. Allen had a great passion for barrel racing, and he had won numerous awards throughout the years. He was a great fan of movie star legend, John Wayne, and in so many ways Allen embodied the same admirable example of a strong man who had a good, kind, and caring heart. Mr. Garrett was a member of Big Sandy United Methodist Church in Leicester.

Allen’s great love for all his family was immeasurable and he adored being “Papaw” more than words could ever describe. Our hearts are broken to see his life end so soon, but his impact on each of us and his purpose on earth will not be forgotten or lost.  As the morning sun beams across the mountains of Sandy Mush and as the evening stars shine brightly in the night sky, we will think of Allen and know he will always be watching over the ones he loved. He is with us forever.

A funeral service to remember the life of Allen Moore Garrett will be held at 3:00 pm Saturday, August 6, 2022 in the chapel of Crawford / Ray Funeral Home in Canton. Rev. Malcomb Lance and Rev. Keith Watkins will be officiating. The family will be receiving friends at the funeral home from 1:00 until 3:00 prior to the funeral service. Burial will follow at Big Sandy United Methodist Church Cemetery in Leicester. Serving as pallbearers will be: Ryan Garrett, Dillon Garrett, Kelsey Garrett, Roger Garrett, Brandon Allen, and Randy Miller. Honorary pallbearers will be Charles Brown, Terry Brown, and Dale Hawkins.

Crawford / Ray Funeral Home and Cremation Service is honored to be caring for the Garrett family.