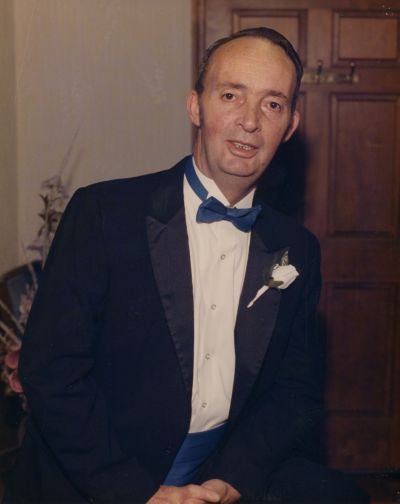 Dean was born on March 18, 1936 on Valley Street in Canton, NC to the late Charley K. Mathews and the late Bertha Lucille Reed Mathews.  He honorably served his country in the United States Air Force for four years and later began his employment at the shipyard in Newport News, Virginia, where he worked as a welder on the USS Enterprise. Upon returning to Canton he began his career at the Champion Paper Mill until his retirement in 1992.  Dean loved his family and loved his Lord.  He was an active and faithful member of West Canton Baptist Church where he served as an usher and a member of the Building and Grounds Committee.  He was also known as the official “Candy Man” at church where he was a friend to everyone.  Following his retirement, Dean enjoyed visiting with his friends at the Breakfast Club at Hardees, working word search puzzles, and spending time with his family. We give thanks for the life of Arnold Dean Mathews, Sr. who was truly a good and kind man and who has blessed our lives each and every day.

In addition to his parents, he was preceded in death by six brothers: Felton, Bud, Bill, Max, Quinton, Marvin, and one sister, Faye Howard.

Funeral services with Military Honors for Mr. Mathews will be held at 2:00 pm Saturday, January 8th, 2022 at West Canton Baptist Church. Reverend Caleb Mathews and Reverend Barry Willett will be officiating.   The family will be receiving friends at the church from 1:00 pm until 1:45 pm prior to the funeral service. Serving as pallbearers will be Colton Mathews, Adam Page, Dan Medford, Danny Earley, Danny Burnette, Danny Cassidy, Russell Teague, Stan Tyson, and Ronnie Pace.

Memorials may be made to Grandview Baptist Church Renovation Fund, 1562 Allens Creek Road, Waynesville, NC  28786 or Hospice, 68 Sweeten Creek Road, Asheville, NC  28803.  The family would like to express their deepest gratitude to the Hospice staff for their excellent care, especially Deanna, Maureen, and Martha Anne.  Also a heartfelt word of thanks to a special friend, Sharon Free.

Crawford / Ray Funeral Home and Cremation Service is honored to be caring for the Mathews family.