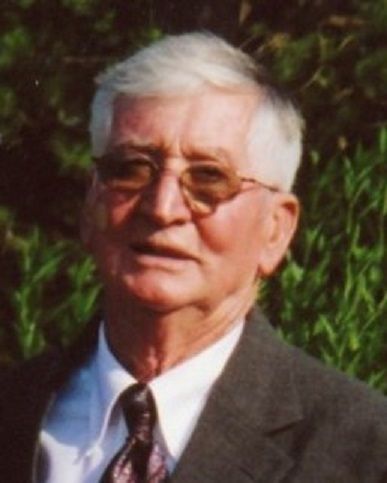 Canton- During the early morning hours of Thursday, February 6, 2020, our hearts were filled with sadness as Billy “Bill” Owen, age 88, a man who has touched many throughout our community with his kindness and his great devotion to his family, multitudes of friends, untold numbers of children, as well as the Town of Canton, peacefully entered his eternal glorious home.

Bill was born June 6, 1931, in Canton, North Carolina to the late Carl Owen and the late Pauline Owen. He had made his home in Haywood County all his life and together with his loving wife, Betty Kegley Owen, owned and managed Owen Exxon in Canton for 39 dedicated years. Bill was truly a man who was always well-liked, respected, and loved throughout his community.  He never failed to greet everyone with a smile and a special hello each and every day at their place of business.  As he began his second career of working for the Town of Canton, he played an important role in the town’s recreation department where he was indeed a role model for the children in our community. When his retirement from the Town of Canton approached, he was truly saddened to say goodbye to the families and “little ones” whom he kept a watchful eye upon during summer months as they visited the Canton Recreation Park.  As a member of the North Canton Fire Department, Bill faithfully volunteered his time for many years serving his community and he retired as the Assistant Chief of the fire department.   Bill was a member of Calvary Baptist Church. He loved his home and he especially enjoyed sitting on his back patio and being entertained by watching the hummingbirds which frequently visited his home. He was a loving and devoted husband, wonderful father, and grandfather and his family was his pride and joy.  Bill was a genuine hometown boy and when his name was mentioned it seemed as if everyone in the town knew him and were proud to call him their friend.  He was a true southern gentleman, a man of great integrity and a man that loved his family unconditionally with the most giving heart one could ever know.  We give thanks for the life of Bill Owen and the memories that he leaves with each of us will be cherished forever.  In his memory please share a friendly smile and a warm hello with someone you meet today. Bill would like that.

In addition to his parents, he was preceded in death by his wife, Betty Kegley Owen who passed away in 2018; his son, Gary Owen; four brothers and sisters and also a son-in-law, Dru Horton.

The Owen family wishes to extend their deepest gratitude to the staff of Pigeon Valley for their extraordinary dedication, kindness, care, and love given to Bill and his entire family.

The funeral service honoring the life of Bill will be held at 2:00 p.m. Saturday, February 15, 2020 at Crawford / Ray Funeral Home. Doctor Neil Haynes will be officiating. The family will be receiving friends at the funeral home one hour prior to the service. Burial will be in Crawford / Ray Memorial Gardens in Clyde.

In lieu of flowers, memorials made be made to Pigeon Valley, Patient Activities, 100 Silver Bluff Village, Canton, NC 28716.

Crawford / Ray Funeral Home and Cremation Service is honored to be caring for the Owen family.