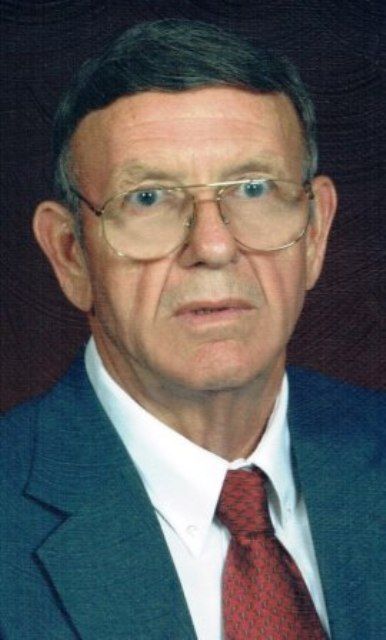 Canton - As a soft rain fell across the mountains during the peaceful night hours of Monday, October 12, 2015 our community lost a man who was a true southern gentleman, a man who was loyal, a man who was greatly respected, a man who always honored his word, a man who gave back to his community and a man who loved his family with all of his heart and soul. James Robert “Bob” Browning, age 83, of Canton departed this life for his eternal journey into his Heavenly home.

As a young man Mr. Browning proudly enlisted in the United States Air Force to honorably serve his country. After his military service he married the love of his life and his best friend, Joan Ford and together they began a blessed life together and shared 70 wonderful years of marriage. A true self-made man, Bob was always proud to call Canton his hometown and had resided here all of his life. Together he and Joan began their business careers in 1959 with the establishment of Browning Construction Company which was involved in numerous construction projects throughout the southeast. Bob was a true entrepreneur and real estate developer, owning Browning Tire and Browning Storage that were well known businesses in our community and were managed by Bob and Joan’s beloved daughter, Robbie. Browning Trucking and Equipment Sales was also one of his main established businesses. He was also involved in the automobile racing industry, having owned, driven and sponsored several racing cars through Browning Tire. Bob’s vision to develop his real estate holdings into major businesses in the town of Canton included Rite-Aid, Advance Auto, and Chris May Auto Sales which have truly become vibrant assets to the town. His community and civic service was an example for all of us to follow. He had served as a board member of First Citizens Bank, Haywood Regional Medical Center, Robertson Memorial YMCA, Canton Papertown Association, FOCUS on Greater Canton and a past member of the Canton Lion’s Club. As our community remembers Bob Browning, we see his construction work of Canton’s River Walking Trail, we remember his generous gift of donation to purchase and train the first drug detection dog for the Town of Canton, his dedication to Bethel Christian Academy and his concern for the children of our community and also his volunteer efforts to always help Habitat for Humanity. Retirement was not in Bob’s plans and he never stopped working, caring and giving back to his community. When Mr. Browning’s name is mentioned there are always personal stories of his kindness and his giving heart that have helped so many in our community. Whenever Bob and Joan did decide to take some private time away together they enjoyed spending time at Lake Chatuge and traveling in the winter season to Florida. Mr. Browning had attended Canton Central United Methodist Church. In memory of James Robert “Bob” Browning let us reach out to help someone in need or just simply perform a small random act of kindness. Bob would be pleased. Bob considered his greatest blessings in life to be his family and it is certain that his memory will forever remain a part of each of them forever.

He leaves his loving and devoted wife, Joan Ford Browning ; his beautiful and cherished daughter, Robbie Browning Patterson and her husband, Earnie Patterson( who was just like a son to Bob) of Clyde; a granddaughter, Felecia Patterson of Canton; great-grandchildren, Sidney Barrett, Daniel Barrett and Morgan Riley Patterson; his special bulldogs, Mollie and Oliver and a great host of friends.

The funeral service will be held at 3:00 pm Friday, October 16, 2015 in the chapel of Crawford / Ray Funeral Home with the Reverend James Parham officiating. Burial will be in Crawford / Ray Memorial Gardens in Clyde. Serving as pallbearers will be Jerry Smith, Bill Whiteside, Jamey Gibbs, Dillon Hawkins, David Hawkins, Mike Ray, and Brady Barrett. The family will be receiving friends at the funeral home from 1:00 until 3:00 pm before the funeral service.

Crawford / Ray Funeral Home and Cremation Service is honored to be caring for the Browning family.