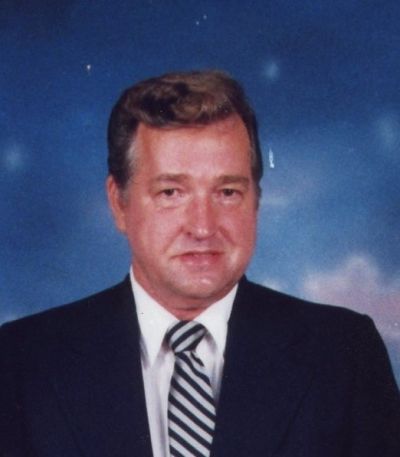 Jerry was born in Buncombe County August 30, 1942 to the late John Houston Yoder and the late Ruth McCarson Yoder. In addition to his parents, he is preceded in death by his brothers and sisters, Bob Yoder, John Yoder, Jr., Betty Clemmons, and Carolyn Hensley; nieces and nephews, Steve Clemmons, Charles Clemmons, and Trish Justice.

Jerry was a graduate of Lee Edwards High School, and shortly after graduating, he enlisted and honorably served in the United States Air Force. Following his military service, he continued serving our country during his employment with the National Security Agency (NSA) near Washington, D.C. Upon returning home to Western North Carolina, Mr. Yoder briefly found employment with Ball Bros., then quickly made a career of over 30 years as a railroad brakeman and as a railroad conductor with Southern Railroad until his retirement. Although Jerry had many interests throughout his life, he always held a love for cooking and sharing wonderful meals with family and friends. He was an avid reader, enjoyed classic cars and trains, and often attended car shows and train shows throughout the area. He also enjoyed going on cruises and especially listening to music from the 50’s. He was a funny, loving, and a caring man who had a nickname for everyone. The joyful memories he helped to create will forever remain with those he touched.

A gathering for family and friends will be held 3:00 pm Sunday, June 9, 2019 at The Milltown Place, 51 Main Street, Canton, NC 28716. Pastor Jeff Hober will deliver a brief message in remembrance of Jerry.

The family of Mr. Yoder extends their deepest gratitude and thanks to the physical therapists, nurses, doctors, and all of the staff of the Laurels of GreenTree Ridge and also John F. Keever, Jr. Solace Center.

Crawford / Ray Funeral Home and Cremation Service is honored to be caring for the Yoder family.

Angie, so very sorry for your loss. I know he was very special to you and you were to him. Much love and prayers for comfort as you deal with this loss.
Martha McFalls
posted Thursday, May 30, 2019
Hi Angie, So very sorry to hear about the passing of Jerry. We used to live across the street from Mr. & Mrs. Yoder in the 50's and 60's on Pearl Street. I used to go over and sit on the porch with Jerry and Carolyn all the time. We all would go up to the park, walk to the store and just talk and listen to music. I have not seen them in years but I have such fond memories of all the Yoders. That was such a special time in my life---growing up I guess. I am so sorry for your loss. My thoughts and prayers are with you and your family during this sad time. Love and Prayers.
Margaret Wallace Hunter
posted Thursday, May 30, 2019
Angie, you will surely receive many jewels in your crown in heaven. You were a wonderfully caring neice and I know you loved your uncle dearly. Is showed in the way you cared for him. My prayers will be with you and I know this is a difficult time for you. I send my greatest sympathies.
Dianna Braddock
posted Thursday, May 30, 2019
I am sorry for your loss, please accept my sincere condolences. I hope the family will find some comfort and strength in Jesus promise of the earthly resurrection(Acts 24:15)and the renewed Paradise earth, where death will be no more and no family will mourn the death of a loved one.-Revelation 21:3,4;John 5:28,29;Luke 23:43. may GOD(Psalms 83:18)grant you peace and comfort now, during this grievous time.-Matthew 5:4.
M Jones
posted Thursday, May 30, 2019
I can’t put into words how much Jerry meant to me. He always made me laugh and would encourage me with all his helpful tips and observations. Thank you Angie for letting me be part of your amazing family over the years, you are a shinning reflection of how amazing your mom and Jerry truly were, you dedicated your life to taking care of them both. Take comfort in knowing Jerry is with your Mom and love ones rejoicing in his new heavenly life. Love you Jerry
Double O
posted Thursday, May 30, 2019