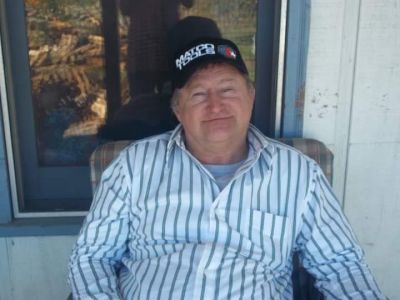 Dale was born May 21, 1957 in Buncombe County to the late Orville Perry Surrett and the late Selma Morrow Surrett. He had worked as a logger for the majority of his life and was known by many of his friends as “Smiley”. He also had been employed with Southern Concrete as a diesel mechanic for the last decade of his life and where he was known as “Turbo”. Dale never met a stranger and he was always smiling! His favorite things to do were work and talk. Dale was a dedicated worker and he worked himself to “the bone” to support his family. He was a good man that lovingly raised all of his children, including his beloved “bonus children”. Dale talked to everyone just as if he had known them his entire life. He would always help anyone who was willing to help themselves and Dale was definitely the go-to family mechanic.  If you were blessed to know Dale, you loved him. Heaven needed a mechanic and of course, Turbo was the best man for the job. He was the strongest “little man” you would ever meet and he fought hard until the very end of his life. Dale was his little girls' world and he was the perfect Daddy! We shall never forget how he helped so many people find their lost faith when we watched a miracle happen before our eyes. His family is truly broken without him and will never ever be the same. Our circle is no longer complete. Dale will be missed more than words can ever describe. Heaven is lucky to have him.

In addition to his parents, he was preceded in death by his sisters, Shirley, Cleo, and Margie; his brothers, Clarence, Ronnie, and Earnest; his father-in-law, Sammy Shuler;  a nephew, Jason; and a very special friend Jerry Manning.

A celebration of life service to honor and celebrate the life of Mr. Surrett will be held at 1:00 pm Saturday, October 30, 2021 in the chapel of Crawford / Ray Funeral Home in Canton. The family will be receiving friends at the funeral home one hour prior to the memorial funeral service.