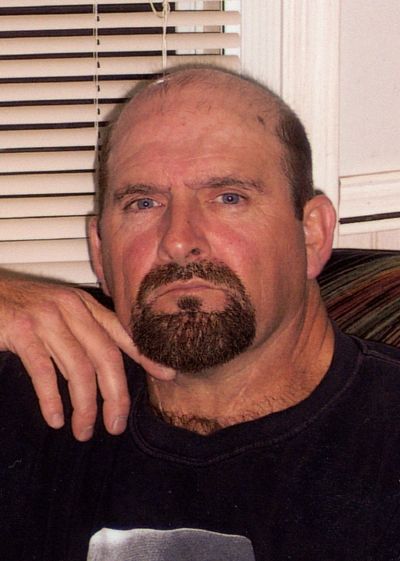 He was born May 20, 1956 in Haywood County to the late James Willard Griffith and the late Myrtle Huskins Griffith. Danny was a graduate of Pisgah High School where he first began his passion in learning auto and body work.  He later continued his lifelong career as owner of Dan’s Paint and Body Shop in Canton. Danny was considered to be “The Best” in his field and was well-known throughout Western North Carolina.  He enjoyed NASCAR and all auto racing, even attending races at the former Asheville Speedway. Wonderful memories were made with his family at Fontana Lake, cruising in his pontoon boat and spending time at their boathouse. Danny had attended Rocky Face Baptist Church in Canton. He was blessed with a great personality and he had a multitude of friends that will miss him deeply. He will forever be remembered as a man who always provided love, great strength and support to all of his family. His greatest joy was his children and grandchildren and his love for each of them was immeasurable. In the words of his family, “Danny was an easy-going, gentle, caring man, who loved his family.” No better words could be said.

Funeral services will be held at 2:00 pm Saturday, May 8, 2021 in the chapel of Crawford / Ray Funeral Home and Cremation Service. The family will receive friends at the funeral home one hour prior to the service. Burial will follow at Riverside Cemetery.

Crawford / Ray Funeral Home and Cremation Service is honored to be caring for the Griffith family.

Our thoughts and prayers are with the family at this time.
Pisgah High Class of 1975
posted Friday, May 7, 2021
I am so sorry for your loss. He loved you and sisters and his grandkids very much. He will be missed by many.
Donna Rymer
posted Friday, May 7, 2021
So very sorry for your loss.
Gary & Lynn Fox
posted Friday, May 7, 2021
Danny the first time I laid eyes on you I was mesmerized by you handsome smile and your wonderful personality! You made me feel like I had finally found my Prince Charming! You always tried to make me feel like I was so special to you. We had some of the best times together, and these I will NEVER forget. You were so good to my children and made them feel so welcome and loved. I have always loved your kids just like my own. We made some of the best memories in our 26 years together. All of our grandkids love so much You were the most kind loving gentle man just like your precious little mother raised you and all the rest of your brothers and sisters Your family made me feel just like I was so welcome in the Griffith family! I really don’t know what I will do without you and your love in my life I am going to have to learn how to do everything all over again without my best friend Please always watch over all of your precious loved family I am so glad your suffering is finally over. I know that you and your precious mother, little Maggie who loved her Dad so much and your brother Bob are so happy to be together once again The whole world will have to learn to live without one of the best men that ever walked the face of this earth! I will be back with you one of the days I will cherish all of our memories every moment of my being I know you are in such a beautiful place now and breathing fresh air for the first time in many years and your body is new and healthy once again That is what is getting me through this right now! I love you so much! Half of my whole world is missing without you but I wouldn’t bring you back to your pain and suffering if even could You gave me the best years of my life Thank you for that! You had so many family and friends that are lost without you but we shall all meet again one happy day I love you Griff and always will Nothing could ever replace the love and happiness we shared Give my Mom and Dad and Debbie and little baby Serenity Ledbetter loving hugs and tell them to just know how much I love and miss them too Rest In Peace my love until we meet again one day! Love you and that will be forever growing still! God please give me the strength to go on! Thank you for sharing such a precious loving one of your children with me for every minute I did get to have him We always said that you brought us together and I know you will again and for that I could never thank you enough So blessed for each and every second of that! Until we meet again Love you to my best friend!
Donna Griffith
posted Friday, May 7, 2021
I have known you since high school, what a sad loss for so many, such a great guy . My thoughts and prayers and love go out to all of the family, Donna, Wayne, Jane, and Jenny I am sending hugs!
Deborah Plemmons
posted Friday, May 7, 2021
I am so very sorry for your loss ! Danny was a good man . My love to all the family !!
Carolyn Y Sutton
posted Friday, May 7, 2021
I am so very sorry for your loss. May God bless you and your family. My thoughts are with you
Rocky Tucker
posted Friday, May 7, 2021
Danny was always a great neighbor. He will greatly missed. Our deepest condolences to Donna & family. With deep sympathy & prayers, Wanda Payne & Debbie Chambers
Debbie Payne Chambers
posted Friday, May 7, 2021
Donna, Jenny and the rest of the Griffith family. Just want you to know how sorry we were to hear about Danny passing. He was such a great guy and will be missed by you all and all the friends he made over the years. Our thoughts and prayers are with you today and in the days to come.
Ricky & Gail Paxton
posted Friday, May 7, 2021
I knew Danny from my junior high and high school days. What little time we spend, we worked on his 67 Mustang. We never had harsh words. He always treated me good. My heartfelt condolences go out to his family and children.
Rick Taylor
posted Friday, May 7, 2021
My thoughts and prayers are with you all !! Hugs and love ❤️
Ronda Davis
posted Friday, May 7, 2021
I was in school with Danny and always liked him. My mother and I thought the world of him. My sincere condolences to your dear family.
Lisa Devlin Patten
posted Friday, May 7, 2021