Loved By Family and Friends 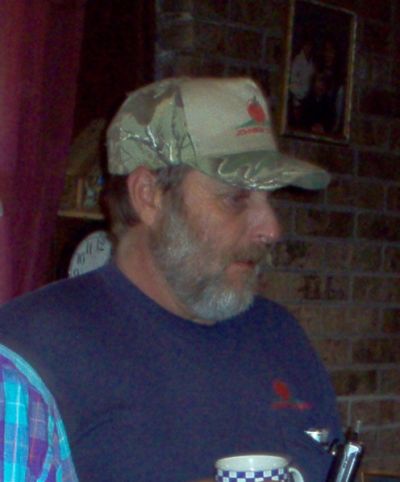 Danny was born January 30, 1956 to the late Alonzo Woody and the late Carrie Lee Chastain Woody. He was a lifelong resident of Haywood County and had attended Tuscola High School. . Mr. Woody had been employed with J.W. Johnson Tomato Company located in Cruso for 40 dedicated years.  He was indeed a true outdoorsman and going bear hunting among the mountains with his dogs and special friends, Michael and Harold Rathbone were treasured memories. He was also an avid fisherman and spent endless hours at his favorite rivers and streams. Eternal peace came to the life of Danny Ray Woody like the first evening star appears in the night sky or like the soft morning sunlight shines upon the towering trees on the mountainside. Our hearts are saddened by losing him but we know that peace has come to Danny.

In addition to his parents, he was preceded in death by his brothers, Benny and Perry Woody.

Surviving are his brother, Terry Woody and his wife Kim Ross of Waynesville; Danny’s special friend, Hilda Rathbone who will miss him greatly; and also a multitude of dear friends.

A funeral service to honor the life of Mr. Woody  will be held at 2:00 pm Friday, July 15, 2022 in the chapel of Crawford / Ray Funeral Home and Cremation Service. Reverend James Robertson and Reverend Charles Robertson will be officiating. Special music will be provided by Gary Scott, Julius Messer, Chris Roberts, Berl Sutton and Brian Keith.  The family will be receiving friends at the funeral home one hour prior to the funeral service. Burial will be at Riverside Cemetery. Serving as pallbearers will be Josh Woody, Matthew Woody, Michael Smith, Robert Rathbone, Dean Rathbone and Charlie Hall. Honorary pallbearers will be Zeb Ross, Richard Johnson, Alfred Smith and Adam Woody.

In lieu of flowers, the family kindly ask that memorials be made in Danny’s memory to Crawford / Ray Funeral Home.

Crawford / Ray Funeral Home and Cremation Service is honored to be caring for the Woody family.