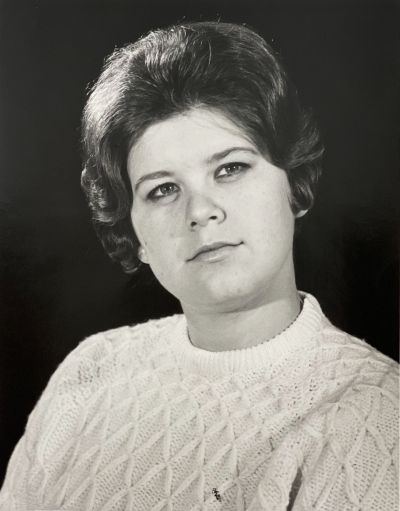 Candler – Our hearts are filled with precious memories of our beloved Delilah Sellers Werner, who passed away on Thursday, December 23, 2021 and is now rejoicing in Heaven with the angels. Delilah was born January 13, 1945 in Checotah, Oklahoma to the late Owen Sellers and the late Golda Mae Jackson Sellers. We give thanks for the 76 years of her full and wonderful life.

As Joan Didion once wrote, "Grief, when it comes, is nothing we expect it to be... Grief is different. Grief has no distance. Grief comes in waves, paroxysms, sudden apprehensions that weaken the knees and blind the eyes and obliterate the dailiness of life. Virtually everyone who has experienced grief mentions this phenomenon of waves.” Everyone blessed to know Delilah, both near and far, feel those waves.

Delilah was an incredibly brave, intelligent, hard working woman and mother. She thrived on challenge, creativity, and personal growth. Mrs. Werner had been employed as a Registered Respiratory Therapist and also as a bookkeeper with the Lake Logan Episcopal Center in Canton.  She was restless - her many hobbies included photography, cooking, pottery, sewing award-winning quilts, and gardening as a member of The Master Gardeners of Waynesville.

She was proud, just like her mother and her mothers’ mother before. She was kind to all - holding herself to the oath of family and friendship. She was a mother and grandmother - a compassionate, caring force and teacher of life, guiding more by example and less by instruction.  She was a wife - the foundation and guardian of the family, whom celebrated 52 years of marriage.

Delilah - the world is a better, more beautiful place because of you. We are grateful. We love you. And we miss you more than words can say.

In addition to her parents, she was preceded in death by her daughter, Sherry Lynn Werner; a daughter-in-law, Cheryl Werner and a grandson, Matthew Werner.

Private services to celebrate the life of Mrs. Werner were held.

Memorials may be made in her memory to REACH of Haywood County, Inc., 627 North  Main Street, Waynesville, NC 28786.

Crawford / Ray Funeral Home and Cremation Service is honored to be caring for the Werner family.