A Giving and Caring Man 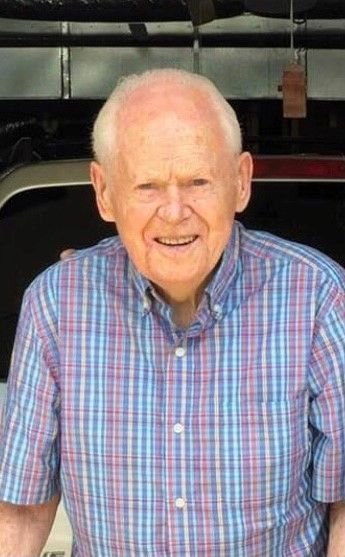 Dennis was born in the Cataloochee Valley of Haywood County on March 16, 1929 and was the son of the late Charlie Ray Caldwell and the late Eulala Palmer Caldwell. He was a United States Army veteran having honorably served his country. Mr. Caldwell retired from Champion International with 36 years of dedicated service and he was also a Champion Oldtimer.  Dennis was an avid fisherman and always enjoyed spending time working in his garden. Mr. Caldwell’s faith was an important part of his life and he was a dedicated member of Waynesville Christian Fellowship where he had served as an Elder. In his Bible, Psalms 23 was where he turned to read his favorite scripture daily. Dennis was truly a good man- he was kind, he cared about others and was always willing to reach out to anyone that might need a helping hand. In the words of his family, “He lived his life’s testimony.”  Dennis was a loving husband, wonderful father and grandfather that will always be a part of us forever.

In addition to his parents, he was preceded in death by his sisters, Edna Ferguson and Edith Schleicher.

Surviving are his loving wife of 67 years, Mary Lou Reed Caldwell of Canton; his daughter, Denise Holcombe and Donald of Canton and his son, Alan Caldwell and Sue of Canton; grandchildren, Holly Gibbs and Josh, Nicole Wilson and Shane, Rachel Sellers and Will and Lisa Caldwell; great-grandchildren, Easton Wilson, Emmalyn Wilson, Callie Gibbs, Madeline Sellers and a precious blessing of Baby Gibbs on the way.

Crawford / Ray Funeral Home and Cremation Service is honored to be caring for the Caldwell family.