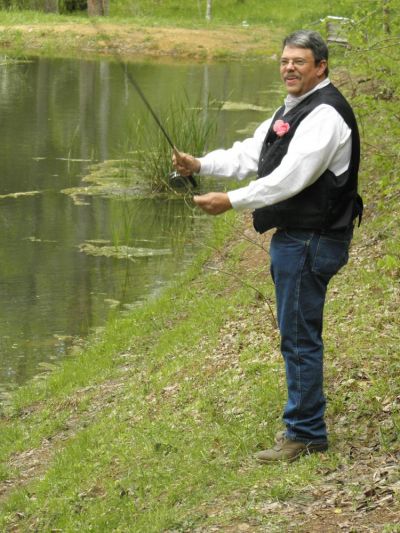 Denver was a native of Haywood County where he had lived most of his life. Denver was the Production Manager for the Roll Finishing Department at Evergreen Packaging where he had worked for 34 years. He earned his Eagle Scout, graduated from Pisgah High School, and attended the University of North Carolina at Chapel Hill. Denver has always held a deep love for the outdoors and has been an avid hunter and fisherman since his early teens. As a result of his love for the outdoors and for hunting dogs, Denver became active in training search and rescue dogs and handlers. He served as president of North Carolina Search and Rescue Dog Association for 32 years. He has responded to searches in 98 of North Carolina's 100 counties. Denver has also been on searches and natural disasters in South Carolina, Georgia, Tennessee, Virginia, Missouri, Alabama, Texas and Mississippi. Denver had taught at Search and Rescue seminars and community colleges in several states and had hosted several international rescue groups.

Denver also worked with the Center Pigeon Volunteer Fire Department, Evergreen Packaging Emergency Response Team and the NC Forest Service. He has responded on 15 Western Fire Details with the forest service. He also responded with the forest service to the space shuttle recovery in Texas. He shared a love for shooting sports and outdoor activities with his wife, JoEtta. Denver eventually helped to reorganize a local chapter of the National Wild Turkey Federation, the Cold Mountain Strutters, where he was the current Chapter President, and a member of the NWTF state board.

Denver spent his whole life dedicated to helping others and was always one to be there for you. Denver was a good man and will be greatly missed.

A Celebration of Denver’s Life will be held 11:00 am, Saturday, January 12, 2019, at the Lake Logan Conference Center Celebration Hall at 25 Wormy Chestnut Lane in Canton. Pastor Jimmy Smathers will be officiating. Family and friends will first gather at the Boathouse for a time of remembrance and reflection. Following this special time, there will be a casual gathering and luncheon to honor and remember Denver. The Holder family asks that you join them and bring pictures or special memories to share, along with a favorite covered dish to fellowship and celebrate Denver’s life.

In lieu of flowers, memorials may be made “In memory of Denver Holder, Jr.” to the Canine Search and Recovery (CSAR) at PO Box 1771, Athens, AL 35612; to the Cold Mountain Strutters Chapter of the National Wild Turkey Federation Scholarship Fund at PO Box 533, Canton, NC 28716; or to the Wildland Firefighter Foundation online at www.give.wffoundation.org or by mail to 2049 Airport Way, Boise, ID 83705.

Crawford / Ray Funeral Home and Cremation Service is honored to be caring for the Holder family.