Dedicated to His Family 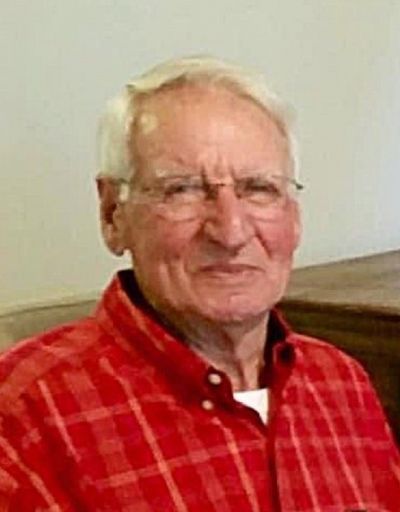 Don was born August 29, 1933 to the late George Worley and the late Thelma Scott Worley. He had resided most of his life in Haywood County and Don truly loved the mountains where he was born and raised. He was a talented machinist and was a self-employed land excavator, owning and operating Worley Grading in Canton for many dedicated years. It was often said by family and friends that Don was a mechanical genius, there did not seem to be anything that he could not make or repair.  The amazing windmills that he built and handcrafted were admired by everyone. An avid bowler, Don was extremely proud of his several perfect games, and when baseball season arrived everyone knew he was a loyal and true Atlanta Braves fan. He also enjoyed traveling, always making trips to warm and sunny places. Don was a devoted husband and together he and his wife, Eleanor, were blessed with a wonderful marriage.  His heart runneth over with great pride and joy for his children, grandchildren, and great-grandchildren and when saying goodbye after happy visits with their “PopPop” his words of “I love you.. about this much” will be cherished forever. Don lived a full and blessed life where he shared his giving and caring heart each and every day and he is indeed an example for each of us to follow.

In addition to his parents, he was preceded in death by his daughter, Kathy Worley and his brother, Louis Worley.

Surviving are his loving wife of 63 years, Eleanor McCall Worley; a daughter, Debra Rose and her husband, Richard; his sons, Brian Worley and Steve Worley; six grandchildren and two great-grandchildren; a brother, Bill Worley and many friends.

In lieu of flowers, memorials may be made in Don’s memory to the North Canton Volunteer Fire Department, 1685 North Canton Road, Canton, NC 28716.

Crawford / Ray Funeral Home and Cremation Service is honored to be caring for the Worley family.