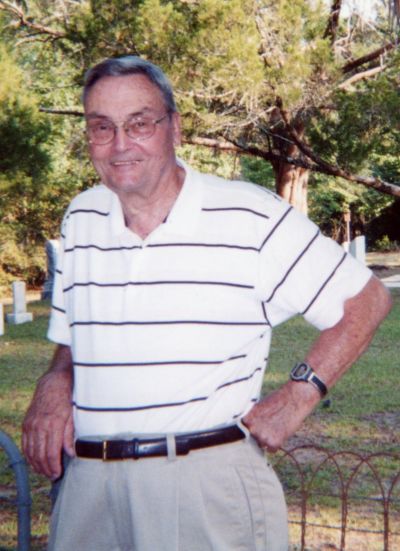 On Friday, April 24, 2020 as the gentle sounds and beautiful sights of spring crept over the mountain land, as the dogwood trees painted the mountains with their creamy-white blooms, as the cardinals sang in the morning sunlight, and as a soft breeze brushed against the golden daffodils and the mountain azaleas, Dr. Albert Purcell Cline, Jr., age 92, peacefully departed this life from his beloved home for his journey into his Heavenly place of eternal rest.

Albert was born April 14, 1928 in the historic Biltmore Hospital in Asheville to the late Dr. Albert Purcell Cline, Sr. and the late Agnes Virginia Smith Cline.  Al was a most handsome, intelligent, and adventurous young boy who grew up in Canton knowing everyone and being known by everyone. His love for the mountains, his family heritage, and his great pride for his hometown of Canton was always held close to his heart. Albert attended Pennsylvania Avenue Elementary School which was just a stone’s throw away from his family’s home. In fact, Dr. Cline had the original school handbell that was heard ringing each morning to begin the day’s classes. He was a graduate of Canton High School where Al was an outstanding student and always a faithful friend to everyone. He was also a graduate of Baylor School in Chattanooga, Tennessee, which was a well-known private military and college preparatory school. His college education began at Duke University in Durham, NC where he received his undergraduate degree and was a member of Kappa Alpha Fraternity. Upon graduation, Albert was accepted to the University of North Carolina School of Dentistry in Chapel Hill, where he belonged to Xi Psi Phi professional dental fraternity and was proudly a member of the first graduating class of the UNC Dental School. After receiving his Doctor of Dental Surgery, he returned to his hometown of Canton to join his father’s dental practice beginning a career that spanned 47 dedicated years of active practice caring for the people in his community. Dr. Cline was a member of the American Dental Association, the North Carolina Dental Society, and the WNC Dental Society.

Education was indeed an important part of Al’s life but most importantly his greatest love was his family.  He met and fell in love with Beatrice “Bebe” Medford, a beautiful young lady from Waynesville,and together they began a blessed life together sharing 55 years of marriage.  On April 13, 1953, their son, Nick Purcell Cline was born bringing into their lives the greatest love, pride, and joy that could have ever been. The Cline home was filled with delightful sounds of Bebe’s piano music, Nick playing basketball in the driveway, and Al meticulously manicuring their perfect lawn.

Dr. Cline was a man of strong faith and a devoted member of Canton Central United Methodist Church.  He constantly gave back to his community and his civic service was an example for each of us to follow.  Al was a member of the Canton Lions Club, joining in 1955 and was the longest-serving Lion in Haywood County.  Dr. Cline was honored to be the recipient of the Lions Club Jack Stickley Award for dedicated outstanding humanitarian service.  He was a founding charter member of the Pisgah High School Activities Committee where he played a vital and active role in the tremendous success of this organization. Dr. Cline graciously gave of his time to help and assist the sports programs within the school system. His concern for the dental safety of the students participating in athletics was evident as he made and donated all protective dental mouth guards for the athletes. His faithful presence at PHS football, basketball, baseball, and softball games will be deeply missed and no one will ever take his place.  Dr. Cline’s great enthusiasm and support for the Pisgah Band and the PHS Band Boosters Organization was always apparent. As a member of the Town of Canton Recreation Commission, he constantly voiced his support for improvements for recreation programs for the citizens of Canton and he had also served on the Recreation Advisory Board for Haywood County. Having a vast and endless knowledge of the history of his hometown and the surrounding communities, Dr. Cline was an outstanding member of the Canton Historical Commission.

As we remember Dr. Cline, we honor his love of the mountains. It seemed as if he could identify every mountain, pinnacle, and ridge across Western North Carolina. He often shared with friends and family the delightful experience of being a guest at his mountain camp that sits among giant trees reaching for the clouds and alongside the rushing water of the Pigeon River. It was truly evident- Dr. Cline found solace among the mountains. He was a great fisherman, an experienced bear hunter and he had a special way with all animals, especially his dogs who were his close companions for many years.

We have lost a man who was greatly respected, a man who was a pillar in our community, a man who was devoted to his family, and a man who helped multitudes of people throughout his lifetime. Dr. Cline was a man who enjoyed the simple things in life. So as we awake to the magic of soft falling snow, as we feel the warm rain touch our face, as we witness the sunshine breaking from behind a cloud, and as we see the stars glitter from the dark night sky- let us think of Al and what he has meant to each of us.

In addition to his parents, he was preceded in death by his wife, Beatrice “Bebe” Medford Cline who passed away in 2005; his son, Nick P. Cline; and his sister, Virginia Cline Thornhill.

Surviving are his granddaughter, Kacy Cline Forbes and her husband, Jeremy of Arapahoe, NC;  great-granddaughters, Kayton, Ella Jay, and Erin; Pam Ledford of Canton, who was dearly loved just as a daughter; nephews, Edward Thornhill of Myrtle Beach, SC, and Houck Medford and his wife, K.B. of Blowing Rock, NC; nieces, Philan Medford of Waynesville, and Carolyn Thornhill Marth and Charlie of Waynesville, and their children Oliver and Eliza;  a special cousin, Jenabel Andrews of Madison, FL;  his devoted dental assistants, Dot Morris and Emma Jean Singleton; and also a multitude of friends.

Loving gratitude and deep appreciation is extended to Al’s care angels, Angie Wood, Alma Hord, and Mary Arrington who were blessings to him each day.

To honor and celebrate the life of Dr. Albert Cline, Jr. a drive through Processional Tribute will be held at Pisgah High School on Saturday, May 2, 2020 from 2:00 until 4:00 pm. Serving as pallbearers will be Dr. Ernest Stines, Dr. Robert Harpe, Dr. Brad Morgan, Matt Coman, Eddie Morgan, David Lee Henson, Sam Burrus, and Kim Fortney.  A private family interment will be held at Bon-A-Venture Cemetery, Old Clyde Road with Pastor Paul Brown officiating.

Crawford / Ray Funeral Home and Cremation Service is honored to be caring for the family of Dr. Cline.