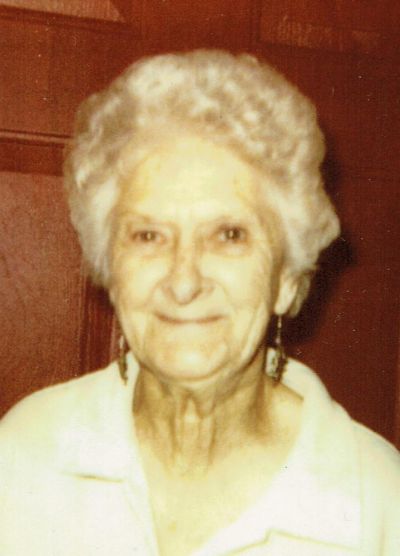 Canton/Arden – Elizabeth Alice Banks Pressley, age 93, passed away Tuesday, February 10, 2015. Mrs. Pressley was a native of Buncombe County and was the daughter of the late Herman Banks and the late Della Carland Banks. She made her home in Haywood County since 1988, before moving to Arden to be with her son and daughter- in-law for the past four years. Elizabeth was a wonderful homemaker and enjoyed making jewelry. She was a true craft artisan. She was a member of Phillipsville Church of God. Elizabeth will always continue to be loved and fondly remembered by everyone who she has touched throughout her life. In addition to her parents, she was preceded in death by her husband, Carl Willard Pressley, Sr.; daughter, Joyce McFalls; brother, Decator “Cate” Banks and a sister, Lois Smith. Surviving are her son, Carl Pressley, Jr. and his wife, Jenny Pressley of Arden; brothers, Charles Banks, Walter Banks and Gerald Banks; grandchildren, Carl Pressley, III, Michael Pressley, Jeremy McFalls, Dale Roger Banks, Charles Ray Banks and, Jennifer Franklin; great-grandchildren, Joshua Pressley, Ashley Franklin, Lakota Franklin, Jordan McFalls and Jansen McFalls and numerous nieces and nephews. Funeral services will be held at 2:00 p.m. Monday, February 16, 2014 in the chapel of Crawford / Ray Funeral Home. Burial will follow at Forest Lawn Cemetery in Enka. Grandchildren and great-grandchildren will serve as pallbearers. The family will be receiving friends at the funeral home one hour prior to the service. Crawford / Ray Funeral Home is honored to be caring for the Pressley family