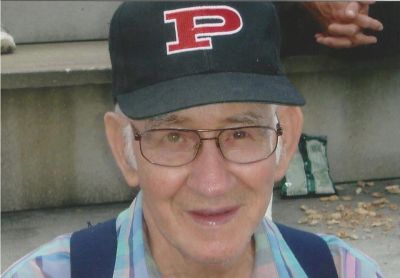 Clyde- Ernest “Shorty” D. Chambers, age 91, entered peacefully into his heavenly home on Monday, November 4, 2019 with his loving family by his side.

Mr. Chambers was born on January 23, 1928 and was a son of the late Charles Elmer Chambers and the late Fannie Mae Stevenson Chambers. “Shorty” as he was affectionately known by family and friends had made his home in Haywood County all of his life and he was indeed blessed with a multitude of friendships.

He was an avid Pisgah High School football fan to such an extent that he had faithfully attended 47 years of every single PHS football game from 1966 through 2013. Mr. Chambers had proudly chosen to honor his country by enlisting in the United States Army during WWII and served in the Philippines. Shorty was a hard worker and enjoyed farming as well as cattle ranching. He had retired from Dayco in 1986 after many years of dedicated service. In his spare time, he could be found buying and selling items at the flea market, working on cars, or watching NASCAR on the television. Above all else, Mr. Chambers loved and cherished his precious family, who will miss him dearly.

In addition to his parents, he is preceded in death by his loving wife of 64 years, Bulah Smith Chambers who passed away in 2013; and three sisters, Jean Sherrill, Susie McCarson, and Marybee Shehan.

The family would like to extend a special “Thank You” to the staff of Silver Bluff, and especially the 200 Hall for their love and care of Mr. Chambers.

Memorials may be made in Mr. Chambers’ memory to Silver Bluff Village for the Patient and Activity Fund, at 100 Silver Bluff Dr., Canton, NC 28716.

Crawford / Ray Funeral Home and Cremation Service is honored to be caring for the Chambers family.