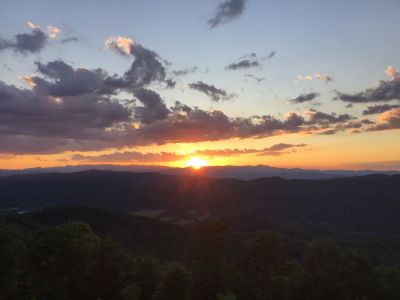 Gene was born in Haywood County and resided in Haywood County the majority of his life until his death. He was the son of the late Loran and Gertrude Griffith Stamey. He was also preceded in death by 2 brothers, Melvin Stamey and Glenn Stamey, 3 sisters, Katheryn Howard, Pauline Pressley, and Hazel Stamey as well as two infant brothers.

Gene was one of the few who remained of the Greatest Generation who served our country in WWII. Gene served in the United States Army as a medical technician for the 371st Fighter Group. He landed in Normandy on November 7, 1944 and participated in campaigns in northern France, Germany and other parts of central Europe.  He served for 3 years until his honorable discharge on December 10, 1945.

He retired from Champion International with 32 years of service. He loved his Pisgah Bears and could be seen in the stands on a Friday night even at the spry age of 97.

He is survived by his wife of 64 years, JoAnn Stamey of Canton, NC, one son, Vervin Stamey of Hendersonville, NC, and nieces and nephews, all of whom loved him dearly.

Graveside Services will be held Tuesday, July 6th at 2:00 PM at the Western Carolina State Veterans Cemetery in Black Mountain.