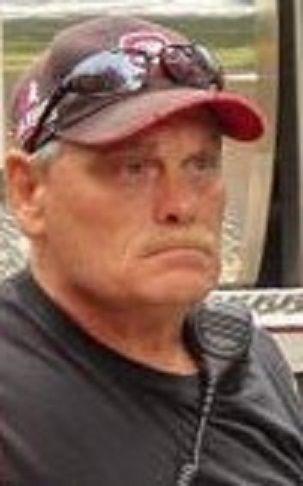 Canton- Floyd Sanderlin, Jr. age 59, passed away Sunday, May 1, 2022 and entered into his glorious place in Heaven.

Floyd was born October 13, 1962 to the late Floyd Sanderlin, Sr. and the late Bertie Chapman Sanderlin. He was a native of Salem, New Jersey and had made his home in Haywood County for more than 40 years. Mr. Sanderlin was a dedicated employee of Plus Laundry and American Pride in Canton. Floyd was a man who deeply cared about his community and he served 15 years as a volunteer with the Canton Fire Department and was currently an active member of the North Canton Volunteer Fire Department giving of his time for 21 faithful years. Floyd was a true outdoorsman and he enjoyed fishing and camping among the mountains the loved. He was a fan of college basketball and the UNC  Tar Heels were his favorite team and Floyd also enjoyed NASCAR racing.  Mr. Sanderlin was a man of faith and a member of the Phillipsville Church of God in Canton. Floyd was most happy when spending time with his family and friends and his memory will be held in the hearts of those who loved him forever.

In addition to his parents, he was also preceded in death by a brother, Ralph Broom.

Left to carry his memory in their hearts are his loving wife, Diane Sheetz  Sanderlin of Canton; daughters, Angela Johnson and Bobby Johnson, Jr. of Canton and Angie Bumgarner and Travis Bumgarner of Clyde; grandchildren,  Christopher Johnson, Cody Johnson, Hailey Johnson and Tyler Bumgarner; a brother, Mark Barnett of Mississippi; a sister, Claudia Paxton of Mississippi; nephews, Kenneth Paxton and Karoline, Kevin Paxton and Mary, and Rusty Rathbone and Donna; a niece, Ashley Roney and Tommy; a great-nephew, Wyatt Bucinskas; great-nieces, Bristol Paxton and Savannah Shelbi and many friends.

A graveside funeral service will be held at 2:00 pm Monday, May 9, 2022 at Crawford / Ray Memorial Gardens in Clyde. Pastor Shane Baker and Pastor Mark Caldwell will be officiating. Serving as pallbearers will be Kenneth Paxton, Bobby Johnson, Travis Bumgarner, Tyler Bumgarner, Christopher Johnson and Wyatt Bucinskas.
Memorials may be made in Mr. Sanderlin’s memory to the North Canton Volunteer Fire Department, 1685 North Canton Road, Canton, NC 28716.

Crawford / Ray Funeral Home and Cremation Service is honored to be caring for the Sanderlin family.