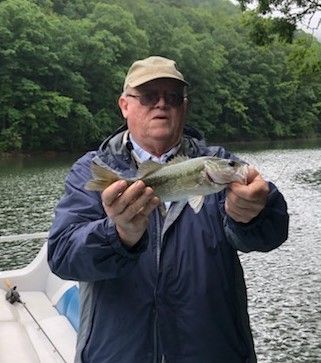 Gary was born in Canton on September 11, 1947. He and his twin sister, Gayle, were indeed two wonderful blessings born to their parents, the late Chester Swanger and the late Margaret Williamson Swanger. He was raised in a home filled with great love and joy, and had made his home in Haywood County all of his life and was a 1965 graduate of Canton High School where Gary made friendships that have remained important to him all throughout his lifetime. Mr. Swanger honorably served his country in the United States Army.  He was employed as a mechanic with Champion International / Blue Ridge Paper and retired with 30 dedicated years of faithful service. He was indeed a man who enjoyed being out among the mountains where he was born and raised. Gary was an avid trout fisherman and hunter and he so looked forward to camping with family and friends and spending time with them.  Antique cars and trucks always caught his eye and Gary was very knowledgeable about all models that had been restored or preserved. Mr. Swanger was loved by everyone that knew him and he will be greatly missed by his family and many friends.

In addition to his parents, he was preceded in death by his step-son, Richard F. Bedsworth.

Services for Mr. Swanger will be held at a later date.

Crawford / Ray Funeral Home and Cremation Service is honored to be caring for the Swanger family.