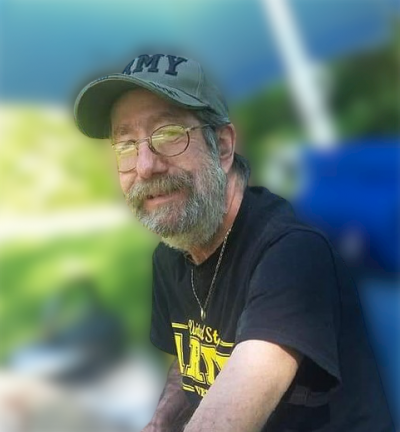 Gary was born March 15, 1955 in Washington, D.C. He graduated from High Point High School in Beltsville, MD, and was employed as an on-air radio personality with the local radio station and had also worked as a disc jockey for nighttime parties and events. His true passion was drag racing, and he had skillfully raced his alcohol injection dragster up and down the east coast and competed in numerous races. In his later years, Gary was self-employed as a custom interior painter throughout Maryland and Western North Carolina. As an avid collector of rare and unusual coins, his knowledge of the history of each coin amazed everyone. He had a heart for adventure and he enjoyed camping and always seemed to be drawn to water. Gary and his wife Kathryn together owned The Still in Leicester where he was often involved in shooting a game pool with the guys or playing chess. Helping others in the community was always an important part of Gary's and Kathryn's lives, and they selflessly set up numerous events to support those in need, gave to veterans groups, and also helped to provide Christmas for children and other folks in the community. There was never a dull moment with Gary, and his love for telling jokes and his gift to lighten the heaviest of hearts will be deeply missed.

He was preceded in death by his sister, Sharon Ferguson; and his Nana and Grandpaw Ferguson.

A graveside funeral service to honor and remember the life of Gary will be held at 3:30 pm Tuesday, April 6, 2021 at Bell United Methodist Church Cemetery in Leicester. Pastor Sandy Devoid will be officiating.

In lieu of flowers, memorials may be made in Gary's memory to Four Seasons Foundation at 211 N. Main St., Hendersonville NC 28792.

Crawford / Ray Funeral Home and Cremation Service is honored to be caring for the Dean family.