A Kind and Talented Gentleman 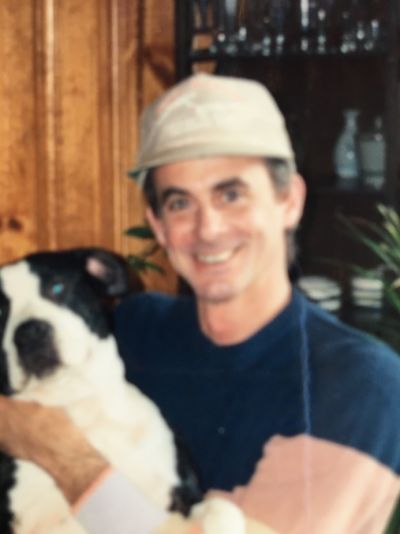 George Alexander Phillips, “Alex”, 72, of Waynesville, passed away on Thursday, April 1, 2021 in his Haywood County residence.

Born on April 5, 1948, in Greensboro, NC, Alex was the only son of late, George Pierce Phillips and Susan Suttles Perry. They were preceded in death by Fitzhugh Lee and Vera Mae Suttles, also of Greensboro. Alex is survived by several family members which include his only sister, Sandra Lee Harrelson; his half-brother, Dana Alan Phillips; and niece, Brittan Phillips.

An accomplished musician of more than 50 years, Alex lived and traveled abroad in much of his earlier life as a professional drummer. He arrived in Western North Carolina in 1987 and continued to enjoy playing music with other local musicians.

Alex always approached creativity with a natural skill and keen intellect. From playing drums to making drums, building stunt kites or flying them, he had an active imagination and proclivity for the unusual. Alex had a great love of books and studied the works of Gurdjieff, Ouspensky, Carl Jung, and Alan Watts.  He also explored quantum science, spirituality, and anthroposophy.

There is no question that Alex Phillips was truly gifted. He will be heartfully remembered for his kindness and engaging personality. Alex will be missed by the many people whose heart’s he has deeply touched.

Memorial donations can be made to Sarge’s Animal Rescue at 256 Industrial Park Dr. Suite B, Waynesville, NC 28786.

The care of Mr. Phillips has been entrusted to Crawford Ray Funeral Home and Cremation Service.

Alex was much loved by many throughout his life. Interesting that he passed on April fools day ~ which was also Maundy Thursday, the day Christ was crucified. Dear Alex is in a better place; may he rest in God’s Peace as his light continues to shine.
Charlotte Webb
posted Monday, April 5, 2021
Back in the 1980s Alex had a funeral hearse and he named it the Merry Reaper. That’s how we met. He carried his drum set in it for gigs. He let overnight guests sleep in it should the house be full ( had a great mattress! ) Alex was fun loving and generous. He loved teaching percussion and philosophy. He loved to cook healthy food and enjoyed nature’s bounty. Alex lived life with gusto. So sorry to hear he’s passed on to eternity. Peace of the Lord be with him.
Mary Reeper
posted Monday, April 5, 2021
Alex touched many people in his life with his kindness, witty humor, and creative genius. He had an interesting way of engaging with all levels of intellect. In thoughtful conversation, Alex often left one contemplating the nature of our existence in our short time here on Earth. I'd say for certain that Alex was on a mission in life; a search for the miraculous. May Christ's Light guide him that much closer to the truth of who we are which in itself is that search for the miraculous; our quest to know God.
Diannah
posted Monday, April 5, 2021
Please forgive me, that I will call Alex, "Jim". I played with "Jim" which was his artist name when he played in Denmark. I played with him in the band "Akropolis" and we recorded the album "Half a million hours symphony" I spent many wonderful hours with Jim. He was kind, and funny and also very serious and a fantastic drummer. I was very sad to hear that he is no longer among us. And so were all the members of the band. Quoting from the album: "Half a million hours left behind" May Jim/Alex rest in peace
Hans Gad Johannsen
posted Monday, April 5, 2021