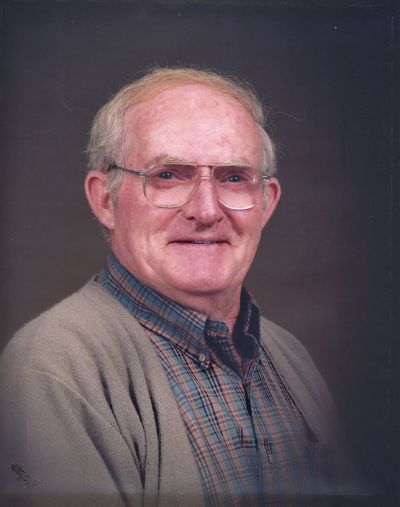 George Nicholas Bateman passed away at home on Monday, December 14, 2020 in Mint Hill, NC (formerly of Franklin and Canton, NC, and of Baltimore, MD). He was 95 years old.

George, or as he was known to his beloved family, “Papaw”, was born on December 5, 1925 in Baltimore, Maryland.  George is survived by his daughter Edna “Georgette” Keck and her husband, William “Bill” Keck of Mint Hill, NC (formerly of Franklin, NC). George is also survived by his four admiring grandchildren, Laura Barker (Michael), Jennifer Georgette Barnes (Trevor), William “Billy” Keck (Melody), and Carolyn Loftis; and his 7 great-grandchildren, Dax, Amos, Elizabeth, David, Andrew, Rowan, and Daniel George, and numerous nieces and nephews.

He is preceded in death by his wife of 39 years, Edna Mae Sorrells, daughter of Frank and Ruth Sorrells; and his parents, William and Marie Lurz Bateman and all of his 14 siblings.

George was the 13th child in his family and he enjoyed close relationships with his parents and siblings especially his brothers Johnny and Joe. He loved growing up near Chesapeake Bay and enjoyed crabbing and all seafood. Though drafted overage, he was proud to serve his country in the Army from 1952-1954 and completed a tour in Germany. Edna and George were married in 1957 in Baltimore. After welcoming their daughter Georgette, they moved to Canton, NC to be close to Edna’s family. George and Edna enjoyed a beautiful marriage full of long drives, gardening, exploring the Blue Ridge Mountains, many laughs, and George’s incredible penchant for storytelling.

George worked in home improvement and maintenance, with most of his career spent owning a painting company. He took great pride in a job well done and credited his longevity to his love of exercise. He loved biking, hiking, and weight lifting, as well as chocolate candy! George never knew a stranger and was always ready to help anyone in need.

George was a fun father and grandfather, always ready to play. Georgette has many happy memories of sledding, ice skating, making igloos and snowmen. He faithfully cared for Edna during a long illness and after her death he tended their cheerful yellow house on the hill in Franklin, NC. At 91 years old he moved in with Georgette, the apple of his eye. His family will fondly remember his big personality, full of life and vigor. He enjoyed his 95th birthday celebrations with family earlier this month.

George was an active member of Crestview Baptist in Haywood County and Cowee Baptist in Franklin. Rev. Frank Harvey will be officiating. Frank led George to the Lord in 1973 and became a close friend.

A graveside service will be held at 2:00 pm on Saturday, December 19, 2020 at Bethel Community Cemetery in Canton, NC.

Crawford / Ray Funeral Home and Cremation Service is honored to be caring for the Bateman family.