Loved his Family, Served his Lord and his Country 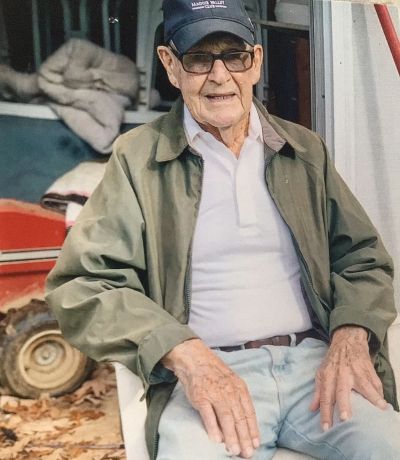 A native of Haywood County, Guy was born March 1, 1933 to the late James Marshall Stevens and the late Frances Lockman Stevens.

In addition to his parents, he was preceded in death by his loving wife, Janey E. Russell Stevens; brother, J. W. Stevens; and grandson, Doug Stevens.

Following high school, Guy enlisted in the United States Navy where he proudly and honorably served his country during the Korean War. Guy loved his home located in the Thickety Community and he spent endless hours growing tomatoes, corn, tobacco, and also raising cattle. Guy received much peace and solace watching the wildlife that wandered throughout his property. Mr. Stevens was employed at Champion Paper and Fibre / Champion International for 36 dedicated years before his retirement in 1994. As an avid golfer, Guy was a member of the Champion Paper Golf League. His working years at the mill and his participation with the golfing league brought into his life many friendships and he indeed enjoyed having fun and joking with the guys. As a skilled pilot, Guy loved to fly his Beechcraft Musketeer through the skies of western North Carolina. He was a giving man and was generous with his talents and his time, volunteering with Habitat for Humanity and with his church. Mr. Stevens had been faithful and active in his church at Ridgeway Baptist Church until he dedicated himself to selflessly caring for his precious wife during her illness. Guy cared deeply for his family and will be remembered for the endearing love that he gave to each of them.  “Well done thy good and faithful servant.”

In honoring Guy’s wishes, no formal services will be held.

Crawford / Ray Funeral Home and Cremation Service is honored to be caring for the Stevens family.