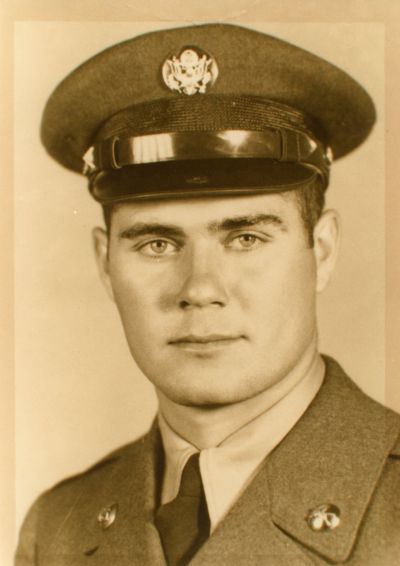 Jack Brodhage left us early Christmas morning December 25, 2019 after a successful life of 91 years. His body is gone but we will always remember his caring heart, his contribution to each of our lives, and his service to his county and his community. He was a resident of Haywood County for 52 years where he loved the mountains and being outdoors. He was a man with great passion, compassion, and a wonderful sense of humor. He earned admiration and respect throughout his productive life and he will always be missed by those who were blessed to know him and appreciate him for always being honest, hardworking, and sincere.

Jack Albert Brodhage was born on December 8, 1928 in St. Louis, Missouri to the late Leonard Albert Brodhage and the late Marie Elizabeth Brodhage. Jack grew up during the Great Depression and held a close relationship with his brother Roy, his sister Monica, and his aunts Margarete and Anna.

He earned a Bachelor’s Degree in Forestry in 1951 from the University of Missouri. Following graduation, he served with the Army’s Fifth Regimental Combat Team during the Korean Conflict and was awarded the Commendation Ribbon with Medal Pendant for Meritorious Service and Combat Infantry Badge.

Returning to civilian life, he joined the firm of Thomas and Frost Lumber Company in Saint Louis as a sales and yard supervisor trainee, he later joined the Florida Forest Service for Information and Assistant District Ranger assignments at Panama City, Ocala, and Lakeland, and was a registered forester for the state of Florida.

Jack moved to Waynesville, NC in August 1967 to take a position at Haywood Community College as a Forestry Instructor when the school was still known as Haywood Technical Institute. Jack taught forestry to the first graduating class of 1969 and then was promoted to the head of the forestry department. Jack earned a Master’s Degree in Industrial Counseling at Western Carolina University in 1971 before attaining his administrative position at Haywood Technical Institute.  During Jack’s 22 years of service with Haywood Technical Institute, the school grew from 296 students to an enrollment of more than a thousand when he retired on June 30, 1989 as Director of Administrations and Counselor in Student Services.

Jack was married in 1962 to the late Marsha Grace Hunt and they were blessed with three children. His children and family were of utmost importance to him as well as the many students and people he had helped. He was a man who was there for every ballgame, science project, football game, wrestling match, play, piano recitals, graduation, wedding, birth, birthday, Thanksgiving, and Christmas. He was always there. Jack was a most dependable, loyal, and caring man and father.

He enjoyed hunting with his boys while they were growing up. He enjoyed many woodworking projects; baby beds, laundry baskets, picnic tables, benches, gates, decks, and many home improvement projects. He enjoyed a weekly breakfast out with his daughter and her home-cooked meals. Jack always enjoyed taking mountain drives and discovering new places. He would travel to see his children wherever they were living to spend time with them and their families. He loved to hike with his children, grandchildren and especially his granddaughter Halie. Together they enjoyed hiking the Mountains to Sea Trail to pick blueberries at the top of the mountain so they could make fresh blueberry cobbler when returning home. Another favorite hike of his was the Cradle of Forestry in the Pisgah National Forest, where he was cast in the first movie about the area. He also enjoyed hiking in the Cataloochee Valley, once an Appalachian community and Cherokee hunting ground, that is now home to a growing community of elk. He would take walks every day and was very health conscious. He enjoyed teaching, learning, reading, crossword puzzles, and Sudoku. Jack always took the time to help others and provide them with helpful resources even through his serious health issues that he navigated for many years.

Jack was preceded in death by his parents, Leonard Albert Brodhage and Marie Elizabeth Brodhage; his brother, Roy and wife Millie Brodhage; his sister, Monica Marie Benda; his Uncle, Steve; and his Aunts, Anna and Margarete.

A Memorial and Reception in honor of Jack for his family, friends, students, and co-workers will be held at 3:00 pm Saturday, February 15, 2020 at the Milltown Place (a division of Crawford/ Ray) located at 51 Main Street Canton, NC 28716. Join us for fellowship and enjoy some of Jack's favorite foods.

In lieu of flowers donations to be made in Jack’s name to the Rice Seibert Brodhage Scholarship at Haywood Community College to help deserving students by providing an annual scholarship.

Crawford / Ray Funeral Home and Cremation Service is honored to be caring for the Brodhage family.

John, Joanie, and Mark, Although I never knew your father, I can sympathize in your loss. I hope that each of you will keep memories of happier days and know that your father was extremely proud of you. May peace be yours now at this time and in the days to come.
Sharon Byers (King) Conner
posted Friday, February 7, 2020
My condolences to family and friends of Jack. He truly was one of a kind gentleman. He will be deeply missed by his children and grandchildren. We had many meaningful conversations and he always took time to explain in detail whatever we were talking about. I will miss my Uncle Jack. God Speed sir.
John Johnson
posted Friday, February 7, 2020
Joan—so very sorry to hear about your Dad. He was a wonderful man. I will keep you and your family in my thoughts and prayers. Wishing you comfort and peace in the coming days. All my love, Kim
Kim Turner Mathis
posted Friday, February 7, 2020
Joan, I am so sorry for your loss. I never knew your dad but he sounds like an incredible man and father. Praying for peace and comfort to you and your family.
Caroline McKinnish
posted Friday, February 7, 2020