A Well Respected and Loved Gentleman 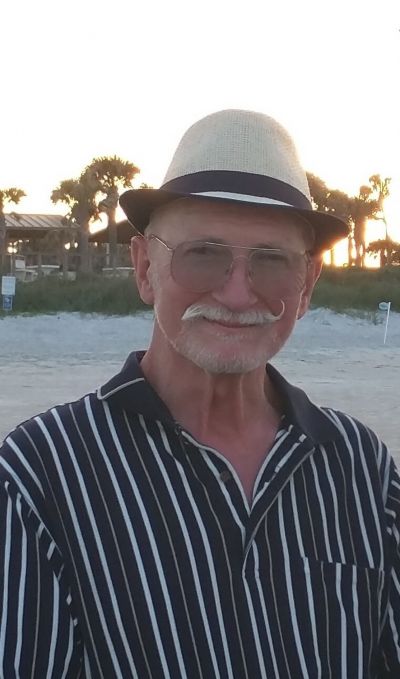 He was born in Marion, OH on July 23rd, 1944, to the late Vernon and Adeline (Cluff) Gruber. He graduated in one of the last classes of Claridon High School in Marion, OH.

Dr. Gruber retired from medicine and moved to 35 beautiful acres in Sylva, NC. He gained so many new friends there. He loved farming, fishing, antiquing, cooking, woodworking, beekeeping, hosting dinner parties and dancing with his friends.

A memorial event will be scheduled for a later date.

"There was only one Jack."

Crawford / Ray Funeral Home and Cremation Service is honored to be caring for the Gruber family.

I had the privilege of working with Dr. Gruber at Miami Valley Hospital. He was always so fun and "interesting", having a great sense of humor and his own way of looking at things. Those of us in the office always enjoyed his company when he stopped to gab with us; we had great times together. Dr. Gruber was a wonderful doctor who truly cared about his patients with compassion, humor and solid skills. He helped countless patients whom otherwise would never know the joy of being a mother, which means his professional legacy will live forever. He enriched every life he touched. My prayers and thoughts are with his family and friends.
Paula Esken
posted Tuesday, January 12, 2021
I worked with Dr. Gruber at MVH for over 20 years. He was a great person. My mother was a patient of Dr. Gruber. He was the only one that could figure out her disease. He had such a great bed side manner. He was kind, caring, an educator, and overall a great man. I loved working with him. He was calm and always reassuring. Prayers to the family. The world has lost a great person.
Tina Spena
posted Tuesday, January 12, 2021
I became a mother 31 years ago as a patient of Dr. Gruber. He was an exemplary, caring physician and his legacy lives on. My sincerest condolences to all who loved him.
Barbara Bruns
posted Tuesday, January 12, 2021
Dr.Gruber was one of the good ones. He was caring, very friendly and thorough, he also went an extra mile to help in any situation. Godspeed, you are already missed.
Dale Earley
posted Tuesday, January 12, 2021
I was in the first graduating class of the Wright State University Medical School. Dr. Gruber taught us OB-Gyn and he also specialized in endocrinology. Later, I became a patient of his and I appreciated his expertise. He was a wonderful, kind and special person. I am very sorry about his loss. My heart and thoughts are with the family.
Samia Borchers, MD
posted Tuesday, January 12, 2021
Jack tou were an incredible person. We had the pleasure of dining with you on Happy Valentine's Day at your home. We will always love you. Thank you for loving on us.
Lorelei and Dena Garnes
posted Tuesday, January 12, 2021
I was honored to have spent the last 8 months with DR. Jack Gruber. He was a loving and hard working man. He taught me so many things like wood working (he thought it was cool I would go spend time in his wood shop with him), how to work alot of his yard tools, (boy did I work alot in his yard), but I loved every minute of it, because Jack was by my side working just as hard. He was a go getter that's for sure. He loved his antiques, and I enjoyed listening to how and where he got all his antique. I could go on and on about how amazing Jack was. Love and miss you. ❤
Levon Hahn
posted Tuesday, January 12, 2021
I knew Jack a short time but knew him as a true gentleman he was a very talented man I enjoyed dancing and exploring antique stores with. Jack will be missed by all. I hope you are dancing in the sky Jack.
Lisa welte
posted Tuesday, January 12, 2021
Many fond memories of working with Jack at MVH and traveling with Jack to meetings for the OB-Gyn group. Our condolences to family.
Lois and Alan Baker
posted Tuesday, January 12, 2021
What a kind and interesting man, with so many areas of interest and integrity. He was my mentor as a medical student at Wright State School of Medicine and Ob Gyn Residency program. I learned so much patient care, skills, information, from him but also compassion. He always had some interesting twist on a subject at hand . It was inspiring to watch him create a new life adventure in retirement. As always, he did it his way! Sincere condolences to those he left behind.
Susan Komorowski MD
posted Tuesday, January 12, 2021
I only heard of Dr Gruber’s passing yesterday, and I felt such a sense of sadness. I am a RN that had the pleasure of working with him back in the early 2000’s. I loved working with him, and I am eternally grateful for the knowledge he was eager to share with me. I thought of him every year, as I drove past Sylva, on my way to my daughter’s house in Highlands. I always thought it would be fun to stop and visit, but sadly I never did. Lesson learned. Prayers for comfort to his family and friends.
Jane McClelland
posted Tuesday, January 12, 2021
I met Jack (and Charlene) went they first moved to Sylva. He absolutely loved medicine, especially helping others to fulfil their fertility dreams. Jack and Charlene helped me raise money for The Watershed Association of the Tuckaseegee River (WATR) when I worked there. They were consistently enthusiastic, always had ideas and were beyond delightful to work with. I'll always miss Jack's sense of humor. First he dropped his head, took a walk silently. He came back quietly with well thought out ideas and subtle humor. He made a beautiful donation box for WATR crafted out of beautiful wood from his beloved workshop. His passing is truly a loss for humanity!
Susan Anspacher
posted Tuesday, January 12, 2021
The Wright State University Retirees Association extends our condolences to the family and friends of Dr. Gruber. We also wish to acknowledge his years of service to our University.
Wright State Retirees
posted Tuesday, January 12, 2021