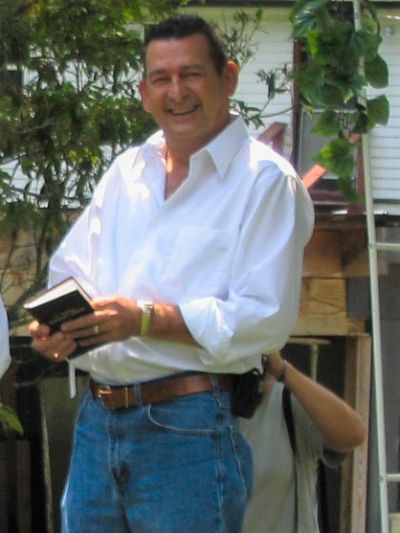 Mr. Williams was born June 8, 1947 and was a lifelong resident of Haywood County where he was well known and liked throughout the community where he had made his home all of his life.  Mr. Williams had proudly and honorably served his country in the United States Air Force, where he achieved the rank of Military Police Sergeant while being stationed in the South Pacific. He chose to continue a career in law enforcement and had been employed with the Town of Canton Police Department beginning his career as a patrolman and later being promoted to serve as a detective. Following his service with the Town of Canton, Mr. Williams was appointed as a Haywood County Magistrate where he retired with 15 years of dedicated service. David always held a true concern for the citizens of his hometown and community where his kind and friendly personality was a joy to everyone that he knew. In his spare time, David enjoyed many quiet hours trout fishing in the mountain streams of Cherokee, hunting among the mountains that he loved, and also caring for his goats and chickens brought him many hours of happiness. Mr. Williams was a member of Rocky Face Baptist Church. As we give thanks for the life of James David Williams we remember his great love for his family, we remember his warm smile that he shared so often, and we remember that David was always a man of his word and that he truly cared about others.

Mr. Williams was preceded in death by his father, Johnnie F. Williams; and his brother, Troy Williams.

The funeral service to honor the life of Mr. Williams will be held at 2:00 pm Friday, November 22, 2019 in the chapel of Crawford / Ray Funeral Home and Cremation Service in Canton. Pastor Donnie Henson will be officiating. The family will be receiving friends at the funeral home one hour prior to the funeral service. Interment with military honors will be held at Morning Star Community Cemetery. Serving as pallbearers will be Anthony Shrader, Zachary and Joshua Green, Cody and Levi Jones and Ben Williams.

Memorials may be made in David’s memory to the Morning Star Cemetery Maintenance Fund, PO Box 1746, Canton, NC 28716.