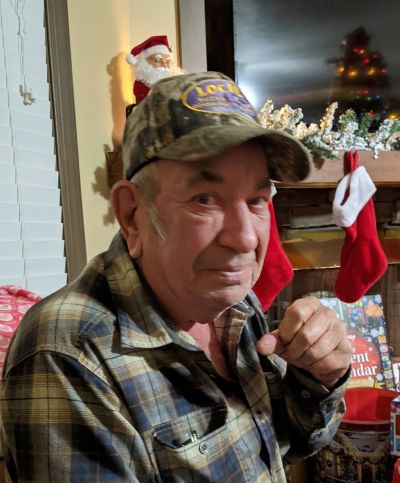 Canton- During the early morning hours of Wednesday, September 14, 2022, James “Bud” Leroy Worley passed away at his home surrounded by his loving family.

James was born August 7, 1952 to the late Lee Roy Worley and the late Florence Rachel Hall Worley. He was a lifelong resident of Haywood County and we are thankful for the 70 years that Bud was a part of our lives. In 2014, he retired from Mission Hospital where he had been employed for 26 dedicated years, and Mr. Worley later worked as a security guard with Evergreen Packaging in Canton.  James was indeed a hard worker and a man dedicated to his family. His heart runneth over with love for his daughters and grandchildren and he was so very proud of each of them. In remembering James we think of things he enjoyed- listening to bluegrass music, attending car auctions, and simply “ tinkering” and “piddling” around the house. Bud never met a stranger and he was indeed a prankster with a definite mischievous fun personality that kept family and friends in suspense of what he might do next! James Bud Worley was a man blessed with a full and wonderful life, and his children and grandchildren will carry on his legacy and share his memory for generations to come.

In addition to his parents, he was preceded in death by his loving wife Betty Jean Dickson Worley who passed away in 2016; and also his sister, Sandra Hall.

Left to cherish his memory are his daughters, Janet Price and David of Waynesville, and Diane Nelson and Marty of Canton; grandchildren, Morgan Price, Hannah Nelson, and Harley Nelson; his sisters, Phyllis Rathbone and Harold of Dandridge, TN, and Jane Campbell and Jimmy of Waynesville; also several nieces, nephews, and cousins.

To honor Mr. Worley’s request, the family will be celebrating Bud’s life with a covered dish and “Low Country Boil” at 4:00 pm on Saturday, September 24, 2022 at North Canton Baptist Church. All family and friends are invited to attend, and bring special photos and wonderful memories to share.  James would be pleased.

Crawford / Ray Funeral Home and Cremation Service is honored to be caring for the Worley family.