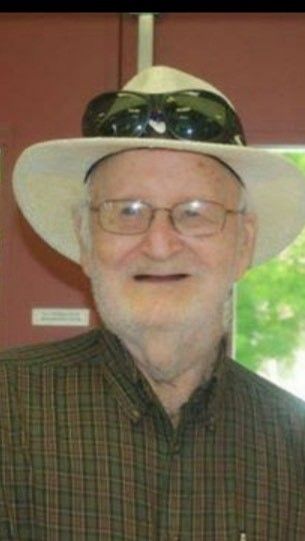 Born June 12, 1928 in Union, SC, he was a son of the late Rufus Mack Grady Gallion and Maggie Edmond Gallion. In addition to his parents, he was preceded in death by his beloved wife, Effie Monitee Messer Galyon; a daughter, Cecilia Dare “C.D.” Galyon Vick; a son, Hugh Don Galyon; and a grandson, Thomas “Anthony” Parr.

Mr. Galyon had resided in Union, SC until he was a teenager when he moved to Haywood County where he had made his home for the rest of his life. As a young man he had been employed on a tobacco farm where he met the owner’s daughter, Effie Messer, and together created a family of their own during their 65 years of marriage. As a man who valued hard work, he held other employments as a school bus driver, an arborist for tree companies, climbing and painting the Champion Paper Company tower, a runner for Prince’s Nightcrawlers, and as a bin and tote dumper for J. W. Johnson’s Tomatoes. He was well-known for being a “good man,” as he would whole-heartedly do and give anything for anybody, sometimes even going without himself for the benefit of others. He loved to make people happy and ease the struggles of other people. In the words of his family, he was the “World’s greatest dad, papaw, great-papaw, and great-great-papaw.” He will be deeply missed.

A funeral service will be held at 2:00 pm Thursday, August 29 at White Oak Baptist Church in Waynesville. The family will receive friends at Crawford / Ray Funeral Home in Canton from 12:00 to 1:30 pm prior to the service. Pastor Marty Nelson will be officiating.

Crawford / Ray Funeral Home and Cremation Service is honored to be caring for the Galyon family.