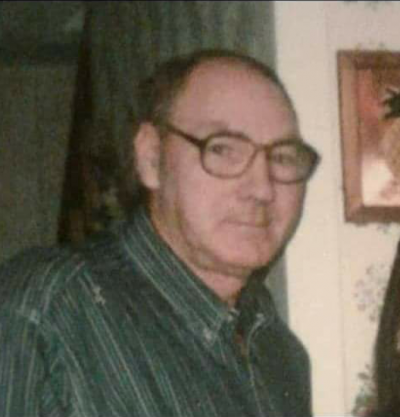 Asheville- James Raymond Jones, age 75, passed away Sunday, September 8, 2019 at his home with his loving family at his side.

Raymond was born June 28, 1944 to the late Charles Alford Jones and the late Bertha Gibson Jones. He was a lifelong resident of Buncombe County and had been employed as a truck driver, an automobile mechanic and was also employed for 10 years with Champion Finishing in Asheville. Often in Raymond’s spare time he could be found watching NASCAR racing and wrestling on television.  His heart was filled with immeasurable love for his family and his many friends and we give thanks for the blessed life of Raymond Jones. He will always be remembered as a loving husband, wonderful daddy, a granddaddy that was a mentor and a true protector of his grandson and also a faithful and good friend. We give thanks for the life of James Raymond Jones.

In addition to his parents, he was preceded in death by his brothers, Charles “Boodle” Jones, Jr. and Jeffrey Scott Jones;a great-grandson, Hunter Earley; and a nephew, Charles E. Jones.

Surviving are his loving and devoted wife of 48 years, Leesa Bishop Jones of Asheville; his daughter, Melanie Jones (Gary) of Candler;his grandson that was the light of his life, Patrick Earley and his fiancée, Christian of Candler; great-grandchildren, Havannah Mae Earley, Bristol Rain Earley, and Raymond Braylan Earley; a brother, Edwin “Snuffy” Jones of Candler; sisters, Debbie Reece (Henry) of Canton and Holly Arrington of Canton; several nephews and a multitude of friends that he loved just like family.

A graveside funeral service will be held at 1:00 pm Thursday, September 12, 2019 at Forest Lawn Memorial Park in Candler. Pastor Betty Drake will be officiating. The family will be receiving friends from 6:00 until 8:00 pm Wednesday evening at Crawford / Ray Funeral Home and Cremation Service in Canton. Serving as pallbearers will be Patrick James Earley, Jason Jones, Gary Hampton, Earl Garrison, Brandon Fisher, and Nathan Bolick.

Crawford / Ray Funeral Home and Cremation Service is honored to be caring for the Jones family.