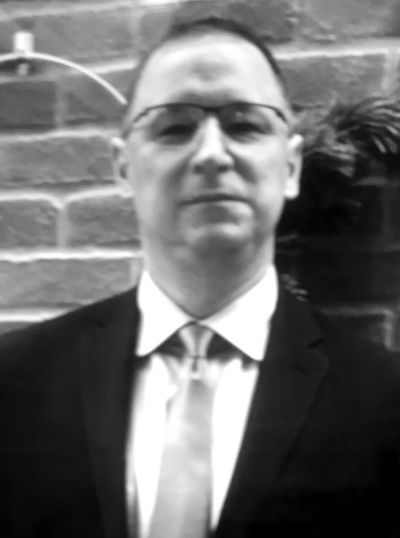 On Sunday, May 23, 2021, Jason Michael Davis, 48, was called to heaven suddenly. No words can describe this kind, thoughtful person who left a positive mark on everyone he met. On April 1, 1973, Jason and his twin sister, Melanie, came into this world to make a difference in all the lives they touched. During his life, Jason went to Clayton State College where he entered the first class for fireman paramedic and graduated to become a paramedic. Even though Jason was scared of heights he impressed all by running into a controlled burning building exercise to the third floor and rescued the people by carrying them down three flights of stairs.

Among other things everyone remembers about Jason is his cooking expertise. He was always cooking special dinners for his family and friends. Twice he won the Clay County Chamber’s Chili Cook-Off and took home the prized trophy and displayed it proudly. He was a jokester and loved playing jokes on his family. His sense of humor was a big part of who he was. He loved to travel and visited all over Europe, China, and the Caribbean. Jason came to Hayesville in 2014 and settled in the community making friends.

His last employment was at North East Georgia Hospital where as a paramedic he was able to help save lives, make people in desperate need of medical help comfortable and he helped those passing on with the dignity they deserved. Jason was there for all who needed him without reservation, without concern for himself and was always demonstrating that human love for all people.

The best way to describe Jason is through the song which Tim McGraw sings, “Always Be Humble and Kind.” Jason was one of those people who was always polite, saying please and thank you, opening doors for all, and always looking back from where he came and thanking those who helped him get to where he was.

Jason is survived by his father and mother, Tommy and Roni Davis; sisters, Melanie Jones and her husband Jimmy; Melissa Davis and Tracy Everett; brother, Tom Franklin and his wife, Desiree; and three nieces and three nephews.

He is preceded in death by his mother, Linda Bunn Davis.

A celebration of his life will be at a later date.

Crawford / Ray Funeral Home and Cremation Service is honored to be caring for the Davis family.