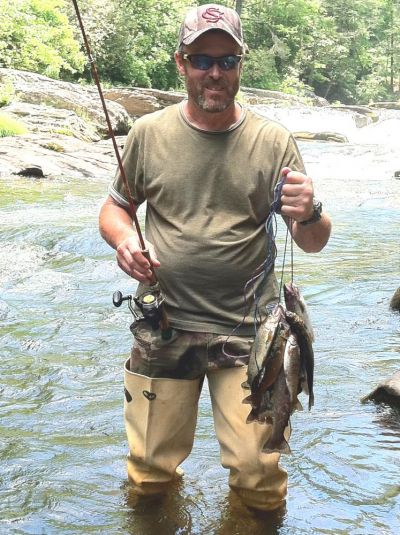 Canton - Our community has lost a man who was loved by everyone, a man who was greatly respected, a man who cared about others, a man who gave back to his community and a man who loved his family with all his heart and soul. Jeffrey Scott Turner, age 57, of Dutch Cove Road entered into his eternal heavenly home on Monday, February 8, 2016.

Scott was born in the blessed Christmas season on December 8, 1958 in Augusta, Georgia to the late Henry Turner and the late Dorothy Kay Smith Turner. He had resided in Belvedere, South Carolina before making his home in Canton in 1974. He was a graduate of the 1977 class of Pisgah High School and the friendships that he made have remained strong throughout his lifetime. Sports played a major role in Scott’s life and he selflessly gave of his time and of himself by coaching all levels of baseball, from Little League Programs to serving as an assistant coach at Pisgah High School. Not only was Scott a dedicated coach, but he was a mentor and an outstanding role model to the young people in our community. A true outdoorsman, Scott spent many memorable hours with his son, Jason, hunting deer and boar and fishing at Lake Russell, South Carolina, as well as trout fishing in his beloved mountain streams. Scott gladly gave up his college team allegiance to Clemson and UNC to proudly support the University of South Carolina which was his son, Jared’s alma mater - Scott became a true Gamecock fan. He was also an avid golfer and often attended practice rounds at the Masters Golf Tournament held in Augusta, Georgia. What precious memories will be forever held in the hearts of friends and family that were blessed to be a part of Scott’s life. He was a dedicated employee of Evergreen Packaging where he had been employed for 32 years and was a proud member of the Maintenance Department – Crew #32. Scott’s giving and caring heart has touched so many and his faith and belief in his fellow man was an example to follow. He attended Morning Star United Methodist Church in Canton. Scott never ever met a stranger and his delightful personality, his photographic memory and his ease of carrying on a endless conversation brought a boundless number of friends into his life. In the words of his family, Scott was a great husband, a super Daddy and he was loved by everyone.” We should all remember that when a great man leaves us, the joy and light that he leaves behind him, lives on forever in the paths of those who will miss him and love him forever.

The Turner family wishes to extend their deepest gratitude to all of those who have surrounded our family with their deep love and concern and brought great strength to each of us during this time. A celebration of Scott’s life will be held at 4:00pm Thursday, February 18, 2016 at Morning Star United Methodist Church. The Reverend Nicole Jones and the Reverend Kenneth Rhinehart will be officiating. A gathering of family and friends will be held at the church from 1:30 until 3:45 pm prior to the celebration of life service.

Crawford / Ray Funeral Home and Cremation Service is honored to be caring for the Turner family.