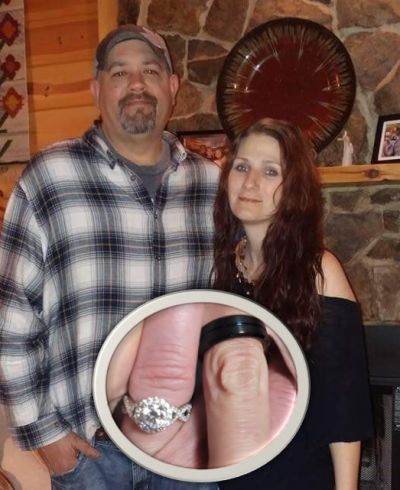 Born December 12, 1975 in Durham, NC, he was the son of the late Barry Wayne Warren and the late Donna Watson Satterwhite Warren.

Jerry, to put it simply, was a wonderful and caring man. He took great pride in every endeavor he attempted during his lifetime. Jerry was an avid gun collector and enthusiast. He enjoyed putting his skillful hands to work building things. Jerry was employed as a maintenance technician with Asheville Pool and Patio and his dedication to his profession was evident in everything he touched. Jerry’s favorite places that he enjoyed were being at the beach or boating at the lake. In the words of his beloved fiancée, “Jerry was a big teddy bear with a heart of gold, and he was my true love.” Jerry’s love he poured out for others will truly be missed by those who knew him.

A private memorial service will be held by the family at a later date.

THINKING OF YOU WITH SYMPATHY AND HOPING YOU FIND COMFORT IN YOUR SPECIAL MEMORIES. FROM ALL OF US IN PENSACOLA PRAYERS FOR YOUR FAMILY
BLOSSMAN GAS FAMILY PENSACOLA
posted Saturday, April 3, 2021
My prayers, thoughts, and love I send to you all. I'm so sorry for i just found out today of Jerry's passing. So many fond memories cloud my head as tears fill my eyes. May God comfort and bless you.
Chris Ellis
posted Saturday, April 3, 2021