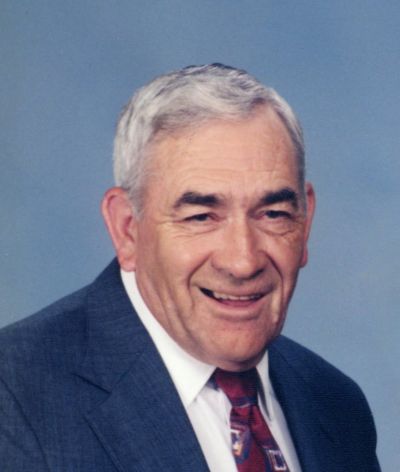 Joe’s life journey began on July 7, 1929. He was born to the late James Milliard “Bill” Wells and the late Florence Hargrove Wells and he brought great joy and happiness into the lives of his parents and family every single day of his life. Joe grew up among the mountains where he was born and raised and he was a graduate of Bethel High School, where he is remembered as a great and true friend by his classmates. Joe L. was a true outdoorsman and he spent endless hours fishing in his favorite streams and camping with family and friends.  He was a skilled machinist and retired from American Enka Corporation / BASF with 44 years of dedicated service.

Often Joe could be found working in his lawn and taking care of the Wells home- he always wanted everything kept just perfectly!   He loved sports and Joe was indeed a true Atlanta Braves fan and could also often be found enjoying NASCAR races on television. Mr. Wells was a good man blessed with a good and kind spirit and he had attended Canton First Baptist Church.  His life became complete when he met the love of his life, Billie Pressley Wells, and together they shared 53 years of a happy marriage together and were blessed with a wonderful son. Joe loved his family with all his heart and soul and his grandchildren were the light of his life. His memory will be held in the hearts of his family forever.

In addition to his parents, he was preceded in death by his beloved wife, Billie Pressley Wells who passed away in 2005; his sister, Anna Wells Brown, and also a brother, Walter Wells.

Surviving are his son, Doug Wells of Canton; his grandchildren, Evan Wells of Waynesville and Elliott Wells of Waynesville; a brother, William Burton Wells and wife Pat of Clemson, SC; a sister, Mary Wells Hipps of Fletcher; several nieces and nephews and many friends.

The Wells family wishes to extend a special thank you to Four Seasons Hospice and especially nurse Amanda for her kindness and care given to Joe.

Memorials may be made in Mr. Wells' memory to Four Seasons Hospice, 571 South Allen Road, Flat Rock, NC 28731. Crawford / Ray Funeral Home and Cremation Service is honored to be caring for the Wells family.

Crawford / Ray Funeral Home and Cremation Service is honored to be caring for the Wells family.

So sorry to hear of your dad’s passing. Thinking about you and your family!
Darlene Cluett
posted Friday, November 12, 2021