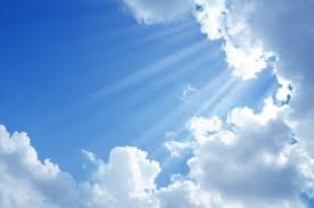 Canton – John Howard Watson, a kind and special gentleman with 92 years of a blessed life, peacefully passed away on Monday, August 3, 2020.

Howard was born April 3, 1928 in Haywood County to the late Bazz Watson and the late Ada Shephard  Watson. Mr. Watson retired from Champion International where he was employed as a pipe fitter with many years of dedicated service.  His friends and neighbors were always amazed by Mr. Watson’s endurance and great determination to faithfully take his daily walk up and down one of the greatest inclined streets in Canton and in his neighborhood. Howard, along with his faithful dog Samson, always greeted everyone with a wave of his hand and a quick smile. He loved and cared for his family deeply and they will each cling to their happy memories shared with him forever.

In addition to his parents, he was preceded in death by his wife, Della Maude Watson who passed away in 2015, a daughter, Lisa Kirkpatrick; a son, Larry D. Watson; brothers, George Watson and Carroll Watson; and his sisters, Geneva Pressley and Berlin Singleton.

To honor Mr. Watson's request no formal funeral services will be held.

Crawford / Ray Funeral Home and Cremation Service is honored to be caring for the Watson family.

John was my brother's room mate at Silver Bluff. He enjoyed the milk shakes I took to him and Riley. Sorry for your loss. Prayers for all the family,,,
Ruby Crumpler
posted Monday, August 10, 2020
So sorry to hear about Mr. Watson's passing. He was my dad's roommate at Silver Bluff and I enjoyed getting to know him. My thoughts and prayers are with the family at this time.
Tammy Shipman
posted Monday, August 10, 2020
Will miss Howard's stories of his life, work and friends. Loved his sense of humor and all the time he spent with Larry, me, and Sydni. So many times we shared a lot of good food, great music, and wonderful holidays. He loved playing the fiddle while Larry played the banjo or the guitar. His wood carvings of mountain folks were truly great. We will meet again in a much better place.
Kathi Watson
posted Monday, August 10, 2020
Howard was my father-in-law, as I was once married to his son, Larry, and the mother of Leslie and Amy, his oldest grandchildren. Howard was one of the most kind and honorable men as I have known, His dedication to his family knew no bounds. His first great grandchildren, not mentioned, Dillon and Chloe Wood, Jacob and Levi Bruner. His memory will be eternal.
Nona Pourlos
posted Monday, August 10, 2020