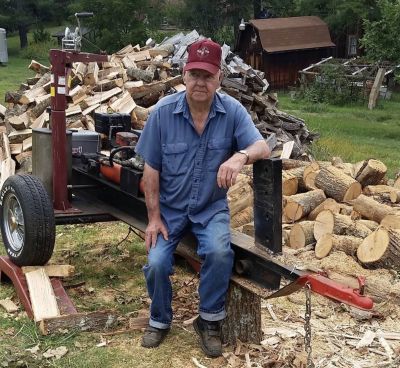 Canton- Our hearts are saddened by the passing of John Thomas “Tom” Parker, on Thursday, July 23, 2020.  Tom was a gentleman with a kind and giving heart that will be forever missed by his family and his many friends.

Tom was born January 30, 1939 to the late Willie McKinley Parker and the late Demie Parham Parker. He was a lifelong resident of Haywood County and was the owner and operator of Tom Parker Construction in Canton. Mr. Parker was indeed a talented builder and was well known throughout Buncombe and Haywood Counties, constructing hundreds of beautiful homes for families in our area. Tom also proudly built all of his children their own homes in the community.  His family was his life and he truly dedicated everything that he achieved and accomplished to his beloved wife, his children and grandchildren.  Tom was a hard-working man and he was most happy when he was busy in his garden and especially cutting wood. He had an abundance of every type of tool that anyone could imagine and Tom was proud of each and every one.  Mr. Parker was a member of Beaverdam Baptist Church. During the summer seasons, Tom enjoyed spending time at Lake Chatuge and nothing brought him more happiness than all of his family being together and sharing wonderful and happy memories. Throughout our lives we are often blessed with people that teach us many lessons and serve as examples of being the type of person that we should all strive to be, and truly John Thomas Parker was that type of man. Let us never take for granted what Tom has meant to everyone that knew him and let us always remember his faithful devotion to his family. No one can ever take his place and we give thanks for his wonderful life, having faith that we will be united with him once again.

In addition to his parents, he was preceded in death by his sister, Blanche Clontz and his brother, Glenn Parker.

Surviving are his loving wife, JoAnn Gold Parker who together they will have shared 62 years in August of a wonderful marriage; his children, Karen Hall and her husband, Rick of Canton; his son, Joey Parker and his wife, Christy of Canton; grandchildren, Kyndra Mesimer and David, Paige Bridges and Butch, and Jared Parker all of Canton; great-grandchildren, Kylee, Brycen, Tytus, Peyton and Landry; a sister, Ethel Jenkins of Canton; and a dear friend and special neighbor, Barbara Henson of Canton.

A graveside funeral service will be held 11:00 am Friday, July 31, 2020 at Beaverdam Baptist Church Cemetery. Pastor Jackie Collins and Pastor Gene Worley will be officiating.

The Parker family wishes to extend their deepest gratitude to the staff of Silver Bluff Village for their special care and kindness given to Tom. We are genuinely thankful to each of you.

Memorials may be made in Mr. Parker’s memory to Haywood Habitat for Humanity at P.O. Box 283, Waynesville, NC 28786.

Crawford / Ray Funeral Home and Cremation Service is honored to be caring for the Parker family.