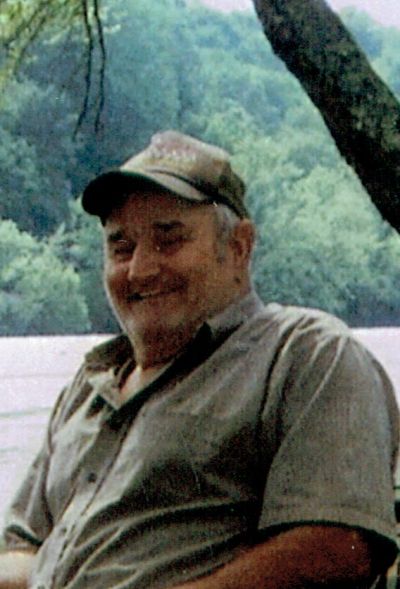 Leicester-Lester Edward Stanley, age 75, of Surrett Cove Road, passed away Friday, July 24, 2015 at his home surrounded by his loving family. Mr. Stanley was born December 17, 1939 in Buncombe County to the late Horace Stanley and the late Allie Reemes Frisbee. He had resided in Madison County most of his life before making his home in Leicester for the past three years. He was a self-employed farmer and logger. Mr. Stanley was a member of Chestnut Grove Baptist Church. He was a true outdoorsman who loved the mountains where he made his home and he could often be found fishing, coon hunting and digging ginseng. Lester was truly a friend to everyone, he was a source of steadfast knowledge and was always willing to lend a hand to anyone that might need his help or advice. The precious memories of Lester Edward Stanley will remain in the hearts of his family and the many friends that he touched throughout his lifetime. In addition to his parents, he was preceded in death by a brother, Charles “Sonny” Stanley; sisters, Catherine Barnes and Pauline Frisbee; Vernie and Oliver King, his aunt and uncle who were also like parents, and his best friend, Roger Dale Surrett. Surviving are his loving wife of 52 years, Wilma Turner Stanley; his sons, Bruce Stanley and his wife, Lisa Stanley of Leicester, Bobby “Bob” Stanley and his wife, Brenda Stanley of Leicester and Christopher Michael Stanley of Leicester; grandchildren, Jessica English and her husband, Justin English of Mars Hill, Shannon Brazil and her husband, Justin Brazil of Alexander, Joseph Lee Stanley of Canton, Kyle Campbell of Leicester and Kendra Campbell of Leicester, great-grandchildren, Joshua and Joanna English and Caden and Jordan Brazil. The Stanley family would like to extend their heartfelt gratitude to caregivers, Virginia Clemmons and Amy Turner for their special love and care given to Lester, Funeral services will be held at 2:00 p.m. Monday, July 27, 2015 at Chestnut Grove Baptist Church. Officiating will be Reverend Bill Brown, Reverend Gene Turner and Reverend Dewayne Brown. The family will be receiving friends Sunday evening from 6:00 p.m. until 8:00 p.m. at Crawford / Ray Funeral Home and Cremation Services in Canton. Burial will be at Chestnut Grove Baptist Church Cemetery. Memorials may be made to Madison Home Care and Hospice, P.O. Box 69, Marshall, NC 28753. Crawford / Ray Funeral Home and Cremation Services is honored to be caring for the Stanley family.

I am so sorry for your lost.
Elizabeth Brookshire Gibson
posted Friday, July 24, 2015
Lester and family were the best neighbors anyone could ask for. Any time I needed help I could always count on him. You will be missed my friend.
Neal Ann Reeves
posted Friday, July 24, 2015
So sorry for your loss.I will be praying for your family in this time of the loss of Lester Stanley.Love you all.
Allison Brown
posted Friday, July 24, 2015
Dear family, I am so sorry for your loss. Lester was a good man. I always knew when I came to see him I had to be ready to argue and fuss. He enjoyed giving me a hard time. Wilma I know it's going to be tough but we all know that Lester is in a better place. I enjoyed every time that I got to come and make a visit. I just want all of you to know that all of you are in my thoughts and prayers. May God bless you and your family in this difficult time. I hope he blesses you all with peace and comfort during the future months. Love, Jolie Pegg, CNA
Jolie Pegg
posted Friday, July 24, 2015
I live in Richmond VA and I grew up in my early years with Lester, Sonny, Richard, Polly and Katherine. Lester's mom was one of the greatest women I ever knew. Lester's grandma (Ida Stanley) and my grandpa (Joseph Benjamin "Doc" Roberts) were brother and sister. Lester was my third cousin. My thoughts and prayers are with Wilma and the family. I always loved Lester's smile and laugh. People should not forget he is survived by his brother Richard Stanley of Turkey Creek.
Tommy Meadows
posted Friday, July 24, 2015
I never knew Lester that well, but I feel like I knew him really good through my sister Virginia. Your family is in my prayers and thoughts as you make your way through this very sad part of your lives. I know that you have some very hard times before you and I pray for God's comfort and guidance for your whole family, especially Wilma. Kathy Travis
Kathy Travis
posted Friday, July 24, 2015