A Sweet and Special Lady 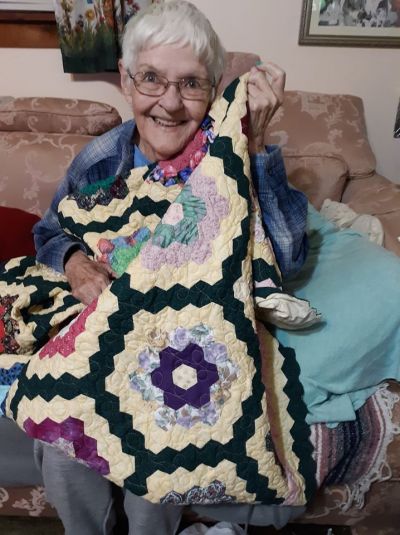 Canton – Thirza Marie Gill Blouin Morgan, 73, passed away Monday, August 17, 2020 in the comfort of her home surrounded by her loving family.

Marie, as she was affectionately known, was the youngest of 10 children born to the late shepherd and farmhand, Arthur Gill and the late Thirza Frederick Gill of Fallon, Nevada on April 2, 1947. Marie’s father died when she was six years old and she was sent to live with her oldest sister, Henrietta “Toni” and her husband Emile “Barney” Blouin, and her niece who was like a sister, Linda Marie Blouin Page.

Marie’s new family served in the Navy, moving from Massachusetts, Maryland, New Jersey and Jacksonville, FL. Upon retirement, the family moved to Maggie Valley where Marie attended Catholic high schools in Maggie Valley and Waynesville and graduated from Waynesville Township Academy in 1965 with her brother, Herb Gill (TN). Marie moved back to Fallon, NV after high school where she met and married James Morgan who served in the U.S. Air Force and also in the U.S. Army. During that time, Marie had lived in Panama and Germany in addition to several states. Together, Marie and James were blessed by the birth of their daughter, Linda Anne Morgan.

Marie moved back to Haywood County in the 1980’s saying of all of the places she had lived that this area was the most beautiful. She worked with the Parker family in their World of Photography and at Walmart as manager of the photography department. Marie later enjoyed working at HVO in Waynesville.

Marie was an avid flower gardener and quilter, and she adored her grandchildren.

Services will be held at a later date at Long’s United Methodist Church on Coffee Branch Road in Canton.

Crawford / Ray Funeral Home and Cremation Service is honored to be caring for the family of Marie Morgan.