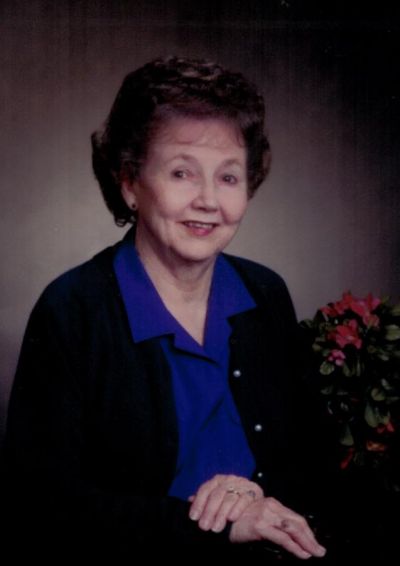 Mildred was the daughter of the late Dewey Surrett and the late Minnie Williams Surrett of Flat Rock, NC. She was born in Indianapolis, Indiana and was a long time resident of Haywood County. In addition to her parents, she was preceded in death by her husband of 69 years, J.C. “Dusty” Roberts and her son, Jerry William Roberts.

Mildred was a faithful member of Canton First United Methodist Church. She was one of the founding members of The Arc of Haywood County and she held this wonderful organization close to her heart. She was a member of the Canton VFW Auxiliary and also served as a volunteer for the delivery program of Meals on Wheels in her community. Mildred was indeed a beautiful lady and she was honored by being crowned Miss Flat Rock in the early 1940s. She was a dance teacher with Fletcher School of Dance and while residing in Florida opened her own dance studio. Upon returning to Canton to make her home she began her own dance studio teaching children all across Western North Carolina.

A memorial service for Mrs. Roberts will be held at a later date at Crawford / Ray Memorial Gardens in Clyde.

The Roberts family wishes to extend their deepest thanks to the staff of Silver Bluff Village for their tireless efforts in providing excellent care, especially during such difficult and unprecedented times, are beyond heroic.

Crawford / Ray Funeral Home and Cremation Service is honored to be caring for the Roberts family.

Goodbye Mildred!. May you rest in peace. I will never forget the visits in your home with Madeleine, Dusty and Jerry. We had some great visits and meals with the delicious bisquets disappearing quickly like magic between Dusty, Jerry and myself. Certainly a fulfilled life.. Now you are dancing among the Stars. My sincere condolences to the children.
Beecher Bennett
posted Saturday, August 15, 2020