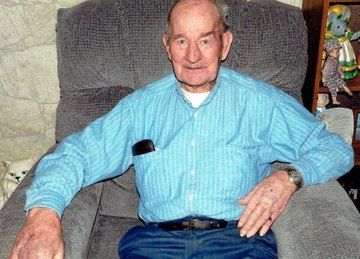 In the peaceful evening hours of Tuesday, February 24, 2015 we said goodbye to Johnnie Ray Messer, a beloved husband, father, grandfather and dear friend to many.

Mr. Messer of M & P Drive in Canton had been blessed with 81 years of a full and meaningful life.  He was born March 17, 1933 in Haywood County and was the son of the late John Avery Messer and the late Violet Wright Messer.  He had honorably served his country as an infantryman in the United States Army during the Korean War, having received the National Defense Service Medal, Korean Service Medal and the United Nations Service Medal.  Mr. Messer was indeed a man of many talents and was a self-employed plumber, pipe fitter and carpenter. He enjoyed the outdoors, spending time fishing and hunting, and together each year he and his wife, Gerleen worked side by side to grow a beautiful and bountiful garden of which they were so very proud.   Johnnie was also a talented musician and the love of music was embedded in his soul and to hear him play almost any instrument confirmed that he was a natural born musician.  He touched many hearts by sharing his vocal and musical talents with patients at local nursing homes and could often be found
” jammin “  with local musicians at  Canton’s Pickin’ In The Park  on Friday nights.  His faith was an important part of his life and he was a member of Center Pigeon Baptist Church.  In remembering   Johnnie Ray Messer, we remember his kind heart, his caring for others and his great love for his family.   We treasure the memories that we have shared, we are thankful for the lessons in life that he has taught us and we cherish the love that he gave to each of us each day.

In addition to his parents, he was preceded in death by his daughter, Doris Ann Messer Martin and his brothers, Kenneth E. Messer and Jerry Messer.

Surviving are his devoted and loving wife that has stood by his side for 58 years, Gerleen Elizabeth Pressley Messer; daughters, Fredia Gail Revis and her husband, Gary Revis of Canton and Peggy Sue Hicks and her husband, Danny Hicks of Marion; sons, Douglas R. Messer and his wife, Sarah Messer of Lake Junaluska and Eugene D. Messer of Canton; a sister, Juanita Stamey of Canton; a brother, Ralph Messer of Canton; 7  grandchildren and 9 great –grandchildren and many dear friends.