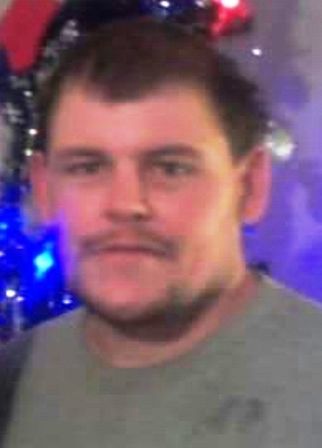 Leicester - Wayne Lee Warren, age 35, of Leicester, passed away Tuesday, September 29, 2015. Mr. Warren was a lifelong resident of Buncombe County and was the son of late Dorothy Wright Warren. He was employed as a farmer and also worked in the construction industry. Mr. Warren was a member of Community Chapel Missionary Baptist Church in Leicester. Wayne was a very hard worker and was a man of many talents. He was a true outdoorsman and enjoyed camping and fishing. He deeply loved his family and his daughter, Victoria was indeed the light of his life. He shall be deeply missed. In addition to his mother, he was preceded in death by his foster father, Robert Justice, Jr. and his paternal grandmother, Lillian Warren. Left to cherish his memory, are his father, Edward Lee Warren and his wife, Avalein Warren of Leicester; his foster mother, Mae Justice of Leicester; a daughter, Victoria Warren of Spartanburg, SC; a half-brother, David Wright of Asheville; his foster brothers, Randy Justice and his wife, Cathy Justice of Leicester, Daniel Justice and his wife, Natasha Justice of Leicester, Gary Lee Parham of Leicester and Jim Metcalf of Weaverville; a foster sister, Katie Justice of Leicester. Memorial service and burial for Mr. Warren will be held at  2:00 p.m. Sunday, November 8, 2015 at Community Chapel Missionary Baptist Church in Leicester, NC.  Pastor Gene Turner and Pastor Dean Rice will be officiating.  Crawford / Ray Funeral Home and Cremation Service in Canton is honored to be caring for the Warren family.