A Lady Loved by Everyone 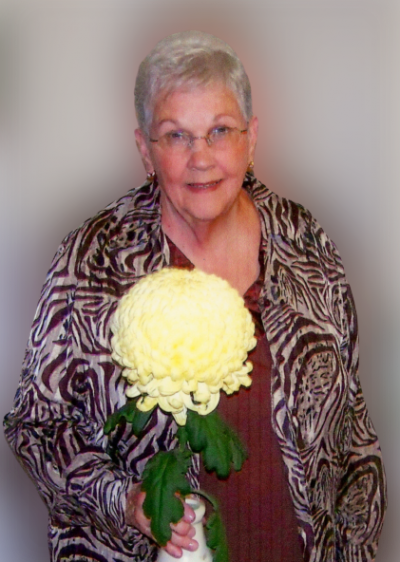 On the clear and sunny afternoon of March 6th, 2021, the Lord gently offered His hand to Nina Hicks Trantham after a brief illness. She passed peacefully while in the presence of family, and though she will be missed tremendously, take comfort in knowing she is reunited, pain free, in His Eternal Light with her parents, brothers and sisters, friends, and past generations of extended family.

Nina was born November 27, 1941 in Haywood County and was the youngest of seven children. Nina and her husband Johnny married in 1957 and have been blessed with 63 wonderful years together, making their home in Canton. Nina had beautiful hazel eyes, a warm smile, a kind touch, and was graced with an affable sense of humor much to the enjoyment of those around her. She was employed for 20 dedicated years as a receptionist for Dr. Robert K. Harpe at the Canton Optometry Clinic. Nina and Johnny were active members of West Canton Baptist Church. They were also members of The Carolina Dahlia Society (where she won many prizes for her flower arrangements at the annual shows). Together during the summer seasons, they spent several weeks each year camping at Jackrabbit Campground on Lake Chatuge in Clay County.

Nina had a natural green thumb as evidenced by the colorful flower beds and gorgeous blooms that surrounded their home each year. She often made beautiful flower arrangements that were displayed in the church sanctuary and were admired by everyone. Nina was also a wonderful cook, often making her special dishes for church and family gatherings, and her many delicious dishes were unmatched, some of which were published in the Beulah Baptist Church cookbook, “Heavenly Delights”. We give thanks for the life of Nina Hicks Trantham and what she has meant to so many people.

The family would like to extend their deepest gratitude to the compassionate staff of Swain Community Hospital in Bryson City, NC, and to the Four Seasons Hospice staff, all of whom were exceedingly caring and attentive to both Nina’s comfort and the family’s needs during this difficult time.

A graveside funeral service to celebrate the life of Nina Trantham will be held at 2:00 pm on Friday, March 12, 2021 at Crawford / Ray Memorial Gardens in Clyde. Rev. Jeff Holder and Rev. Barry Clark will be officiating at the service.

Crawford / Ray Funeral Home and Cremation Service is honored to be caring for the Trantham family.