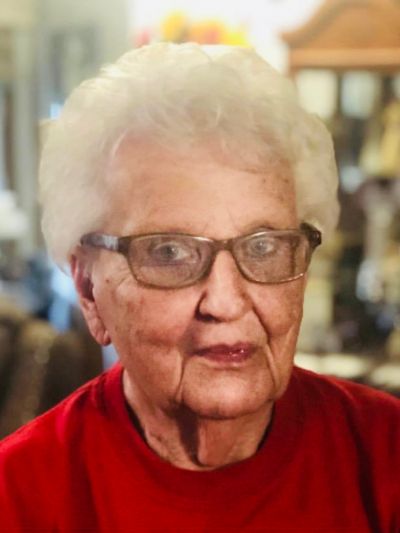 Ruth was a native of Haywood County and a daughter of the late Alfred Lawson Gosnell and Leona Ford Gosnell. In addition to her parents, she was preceded in death by her husband Hilliard McGee; daughter Cathy Baird; and granddaughter Revonda Trull.

She  had previously worked at Ann Davis Rest Home as a caretaker and at B&R Stockyard as a talented and wonderful cook. Ruth loved her Lord and Savior Jesus Christ and was a faithful charter member of Rescue Baptist Church. She was a loving mother, grandmother, sister and aunt, and countless others considered and thought of Ruth as a second mother.  She adored her family, friends and spending time with them and also her special pets. Ruth cherished and enjoyed children and she will be remembered for always giving them special gifts. She was a creative crafter and painter and also enjoyed music and reading. Attending church and worshipping the Lord was truly an important part of her life. Ruth was loved by everyone blessed to know her and she shall be deeply missed each and every day.

To honor Ruth’s request, no formal services are being held at this time and a memorial service will be planned later in April with a remembrance scattering of Hilliard and Ruth’s ashes. In lieu of flowers, it was Ruth’s wish that memorials be made to Rescue Baptist Church, 27 Beaverdam Street, Canton, NC 28716.

Crawford / Ray Funeral Home and Cremation Service is honored to be caring for the McGee family.