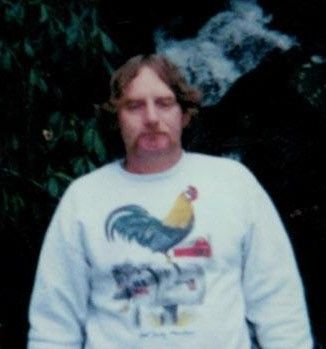 Phillip was born August 1, 1957 to the late Raymond Clark and the late Ernestine Garrett Clark. He was a lifelong resident of Jackson County and had been a self-employed painter in the construction industry. “Booten” as he was affectionately called by everyone who knew him, loved all types of music and he was also a talented wood craftsman, restoring beautiful furniture. He enjoyed raising game chickens and Booten was well known throughout the area for his winning roosters. Booten was deeply loved and he will be missed by his family and many friends.

In addition to his parents, he was preceded in death by his maternal grandmother, Sarah Garrett, and his brother, Eugene Clark.

Surviving are his daughters, Tonya Turpin of Georgia and Rachel Clark of Georgia; six grandchildren; a brother, Benny Clark of Sylva; a sister, Brenda Prince and Marvin of Sylva; several nieces, nephews, aunts, numerous cousins, and many friends.

A memorial service to honor Phillip’s life will be announced and held at a later date.

Crawford / Ray Funeral Home and Cremation Service is honored to be caring for the Clark family.