Beloved By Family and Friends 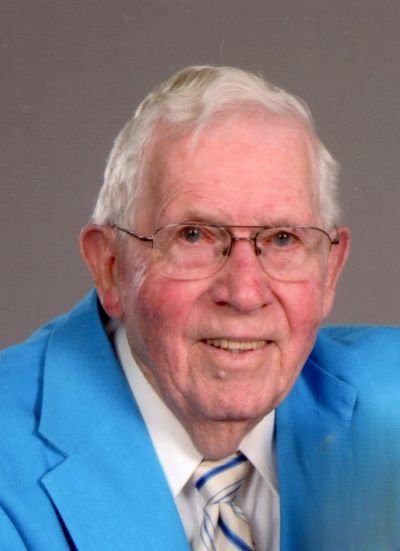 Canton- During the quiet evening hours of Wednesday, November 3, 2021,  Richard “Buster” Lee Davis, age 94, peacefully passed away at his home surrounded by his loved ones.

Richard was born April 30, 1927 in Madisonville, Tennessee to the late Troy John Davis and the late Mary Stiles Davis. The Davis family made the decision to make the mountains of Haywood County their new residence and from the young age of 4, Richard proudly called this his home. He was a 1944 graduate of Canton High School and “Buster”, as he was well known by friends, is remembered by his fellow classmates as being one of the most outgoing and kindest members of their class. Richard chose to continue his education by attending North Carolina State University in Raleigh. Mr. Davis was also a United States Navy veteran, honorably serving his country during World War II.  He began his employment with the United States Postal Service in Canton and became well known and respected by everyone he met.  Buster never met a stranger!  He later began a new career with Metropolitan Life Insurance Company as a licensed agent and upon his growing and successful career as an insurance representative, Richard made the decision to establish his own business and opened Clyde Insurance Agency which served businesses and families many years all throughout Western North Carolina. Mr. Davis was a faithful member of Canton First Baptist Church where he had served as a Sunday school teacher and an ordained deacon. Richard was dedicated to being an active member of his community and was always helping and volunteering with many civic projects throughout the county. He was a member of Pigeon River Masonic Lodge # 386 A.F.& A.M.for more than 60  years and was awarded the Diamond Jubilee Medal.  Richard “Buster” Davis was a consummate gentleman, a man with a big heart, and his love for his beloved wife, children, and grandchildren was immeasurable.  In remembering Richard, he was a man who was a great inspiration to others, and in the words of his family, “He always saw the best in everyone.”

In addition to his parents, he was preceded in death by his daughter, Marcella Davis Kelly, and his brother, W.T. Davis.

Memorials may be made in Mr. Davis' memory to the charity of one’s choice.

Crawford / Ray Funeral Home and Cremation Service is honored to be caring for the Davis family.

A live stream of the service is available here

Shirley and family, My sincere condolences knowing of Buster's passing. How well I remember his smile each Sunday as he greeted everyone at church. He is now in a place of perfect peace...a place where each of us longs to be. Buster's kindness will always be remembered and I pray that your will find comfort in knowing so many loved him. Blessings, Carolyn Haynie
Carolyn Haynie
posted Sunday, November 7, 2021
I am the youngest child of Margie Stiles and Hobert Shope. I am very sorry to hear of my cousin Buster Stiles' passing but Heaven is richer by far. I have fond memories of seeing him at Camp Hope and the Stiles Reunion and I think I saw him at Pisgah High School ballgames. I believe Shirley and Buster had 50-yard line seats along with many other Stiles family members and Tim Stiles led the marching band. I've been blessed with wonderful memories of my Christian family.
Vickie Shope Rogers
posted Sunday, November 7, 2021
My sincere condolences for the passing of cousin Buster. I have many fond memories of him at our family reunions over the years and .what a kind & caring man he was. So sorry for your loss, Shirley and family.
Sharon Shope poss
posted Sunday, November 7, 2021
My deepest sympathy to all of Buster's loved ones, and especially dear Shirley. I have so many fond memories of days gone by of Grandma Clark and her sister, Aunt Kitty Stiles and our extended families. The Hembree side from Hangingdog in Cherokee County. Mary & Troy were a vital part of those early days, living across the road from Uncle Wilburn and Aunt Kitty. God bless you all.
Juanita Clark Dixon
posted Sunday, November 7, 2021
My deepest sympathies all of the Davis' and Stiles'. Buster was a kind soul and a gentle man full of wisdom and is much appreciated for the years we shared together. May his memory be blessed. May you take comfort in the loving memories of Buster's life. Blessings to all.
Marc Kolman
posted Sunday, November 7, 2021
My condolences to the family for your loss. Even though I haven’t seen him in many years, I can still hear “Uncle” Buster’s booming voice talking to me when I was younger. He was a good man. My thoughts and prayers are with the entire family.
Chad Zuleger
posted Sunday, November 7, 2021
My thoughts and prays go out to all the family. Buster was a kind, gentle, caring man, and devoted to his family. May God give ease of pain, and blessings for all the wonderful memories each can share. Rest in peace Buster as the battle is over.
Bernice kelly McClintock
posted Sunday, November 7, 2021