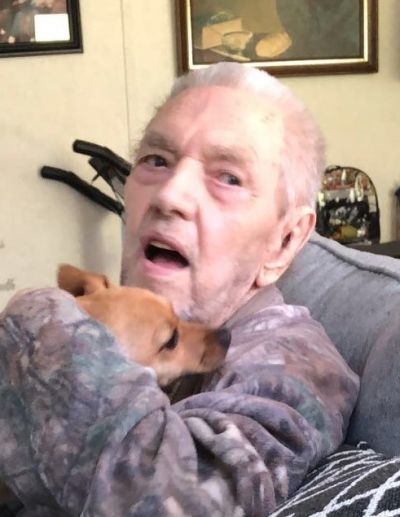 Waynesville- Richard Hugh Woody, age 90, passed away at his home on Sunday, January 3, 2021 and entered into his place of eternal peace and rest.

Richard was born November 21, 1930 to the late Hardy Woody and the late Carrie Lou Burgess Woody. He had resided most of his life in Haywood County and was formerly employed with Lea Industries and also FCX in Waynesville. Richard had traveled extensively and visited almost all of the states in the USA. When remembering Richard, a true mountain man, we think of all the amazing things that filled his days during the long and full life that he was blessed to have. He spent endless hours hunting and fishing among the mountains, he faithfully tended his garden during the summer season growing a bounty of delicious vegetables, he often hiked the woods digging and harvesting ginseng, and during his quiet and peaceful moments, he could often be found whittling something special out of a piece of wood. We cherish the memories of Richard and what he meant to his children and all of his family.

In addition to his parents, he was preceded in death by his wife Thelma Silvers Woody who passed away in 2014; a   brother, Raymond Woody; and a sister, Beulah Hardee.

A graveside funeral service to honor the life of Mr. Woody will be held at 2:00 pm Saturday, January 9, 2021 at Greenhill Cemetery in Waynesville. Pastor Mike Leslie will be officiating.

Memorials may be made in Mr. Woody’s memory to the Jonathan Creek Fire and Rescue at 87 Joe Carver Rd, Waynesville, NC 28785.

Crawford / Ray Funeral Home and Cremation Service is honored to be caring for the Woody family.

Patsy, Tommy Dale and your family, I am so sorry for your loss and my thoughts are with you at this sad time.
Darlene Killian
posted Wednesday, January 6, 2021