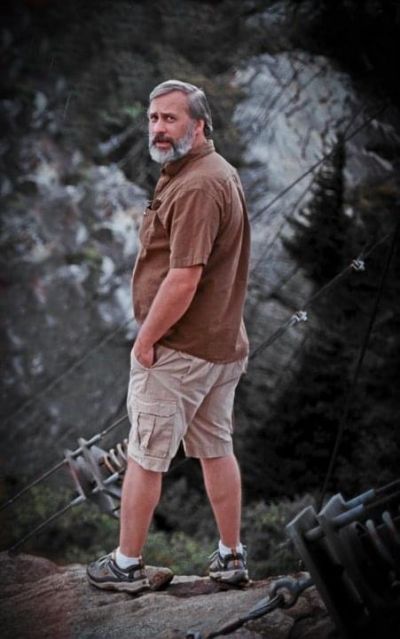 CLYDE — During the peaceful morning hours of Friday, July 31, 2020, a celebration broke out as Rickey Leon Ingle reunited with family and friends in their heavenly home.

Rick was born and raised in Haywood County, where he lived an incredible life with his wife and queen of nearly 40 years, Debbie Green Ingle. He leaves a powerful legacy with his three children, Joshua (Shoana), Matthew (Alexandra), Leah Harris (Josh); and three grandchildren, Israella, Silas, and Ariya.

For many years he served the community he loved as a pastor, chief firefighter, and EMT. During his career, he traveled the world with Steelcase then later walked in his father’s footsteps at Evergreen Packaging.

As an amazing example of Christ, he deeply impacted the lives of everyone he met. In his quiet boldness, he never missed an opportunity to minister to anyone and invested in the lives of many spiritual sons and daughters. There was never a dull moment with his laughter and sense of humor that brought smiles to the faces of those who knew him and those who didn’t. He loved spending time fishing in the rivers and streams of the mountains but was feared by fish all over the world.

Rick is now celebrating with loved ones that have gone on before him: his parents, Carroll and Sue, brother Bill (Gail), and sister Lynda.

Remaining with years of heartfelt and hilarious memories is his brother Randy (Marilyn), a special sister Shirley, and many beloved nieces and nephews.

In lieu of flowers, those wishing to honor Rick’s memory may consider making a donation to the Ingle Grandchildren Scholarship Fund (c/o Champion Credit Union) set up to bless his treasured grandchildren as they carry on his legacy.

There will be a service to celebrate his life announced at a later date.

Crawford / Ray Funeral Home and Cremation Service is honored to be caring for the Ingle family.