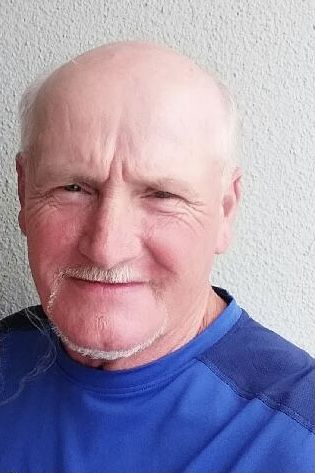 Bobby was born May 17, 1960 in Monterey, California to the late Gertrude S. and Robert Leake, Sr.  He honorably and proudly served his country in the United States Army from 1977 until 1983 and had resided in Virginia Beach before locating to North Carolina and making his home in Leicester for the past five years. Bobby had been employed in the heating and cooling industry for 40 dedicated years, having owned his own business and most recently employed by MB Haynes in Asheville. He also serviced commercial restaurant equipment and was indeed talented at his trade.  One of Bobby’s favorite places to visit and spend time was the beach, he loved the ocean.  He was a member of Jones Valley Baptist Church in Leicester. Bobby was a friend to everyone and he loved his family deeply.

A graveside funeral service to honor the life of Mr. Leake will be held at 2:00 pm Friday, March 26, 2021 at Jones Valley Church Cemetery. Reverend Matthew Sams will be officiating.

Crawford / Ray Funeral Home and Cremation Service is honored to be caring for the Leake family.