A Faithful Servant, Loved His Family 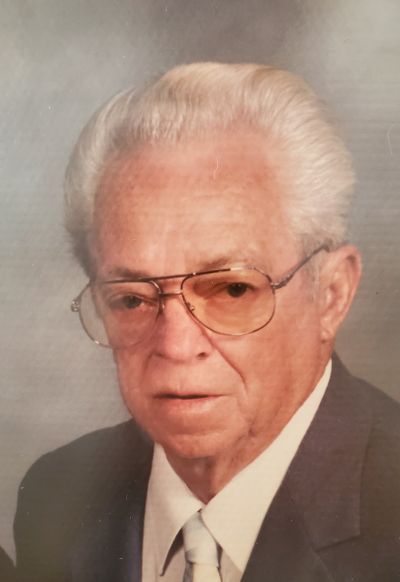 Mr. Chambers was a native of Haywood County where he had resided most of his life. He was the son of the late Woodrow Chambers and the late Katy Lee Frady Chambers. In addition to his parents, he was preceded in death by his loving wife, Wilma Jean Teague Chambers who passed away in 2012.

Mr. Chambers was employed with BASF Corporation where he retired with more than 40 years of dedicated service. Robert was deeply proud of where he was born and raised and he spent many hours driving across and among his beloved mountains. Peanut enjoyed fishing at the lake and could often be found working in his vegetable garden during the summer season. Mr. Chambers was a faithful member of Laurel Grove Baptist Church where he had served as the Sunday School Superintendent. He will be deeply missed by his family and his many friends. Robert "Peanut" Chambers has been a blessing in our lives. He shall never be forgotten.

The funeral service will be held at 2:00 pm Thursday, October 24, 2019 in the chapel of Crawford / Ray Funeral Home and Cremation Service in Canton. The family will receive friends at the funeral home one hour prior to the funeral service. Rev. Gary Putnam will be officiating. Interment will follow at Gwyn Cemetery.

In lieu of flowers, memorials may be made in Robert's memory to Laurel Grove Baptist Church, 83 School House Branch Rd., Canton, NC 28716.

Crawford / Ray Funeral Home and Cremation Service is honored to be caring for the Chambers family.