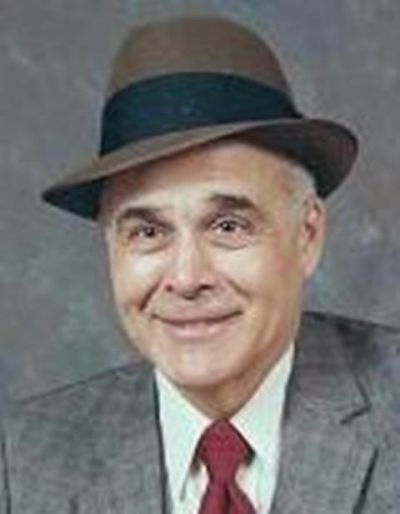 Canton - Robert Ray Williams, 91, of Canton underwent an address change Tuesday when he left his earthly home following a gallant 1 ½ year battle with prostate cancer. A World War II veteran, he served in the U.S. Army Air Corps for three years before returning to his hometown where he spent 45 years as a machinist at Champion Paper and Fiber Co., which became International Paper. A man whose family was always first in his life and his heart, he is survived by his wife of 72 years, Christine “Cricket” Scroggs Williams; two daughters, Gail Williams O’Brien and her husband Tony La Vopa of Raleigh, N.C., and Deb Williams of Concord, N.C.; a granddaughter, Kelly Christina O’Brien of Albany, Calif.; and several loving nieces, nephews and great nieces and nephews. He was preceded in death by his parents, Alvers Joshua Williams and Bertha Winchester Williams, and a brother, Earl Williams Sr. A talented water skier and an avid bowler, Ray was captain of the machine shop bowling team when it won the paper mill’s league championship in the 1965-66 season and placed second in 1966-67. Also in 1965-66, he earned high individual game honors with a 237. In 1967, he was third runner-up in the 1967 North Carolina Rec. Society Tournament. Prior to WW II, Ray and Cricket attended numerous square dances and when they were dating claimed the Western North Carolina Square Dance Championship semi-finals. Ray also was extremely civic minded and active in Smoky Mountain Local 507, having helped organize the union in the mid-1960s. He worked in several elections as a Democratic judge at a Canton polling location, served for a year as a grand jury foreman in Haywood County, and taught speed reading at Asheville-Buncombe Technical Institute during the school’s early years. After his retirement from International Paper, he worked part-time as a machinist at a Canton-area machine shop, was an active member of the Snug Harbor Old Timers Club, and remained interested in all of Pisgah’s sports, listening to the football games on the radio every Friday night. He loved automobiles and NASCAR racing and when he couldn’t attend the events he watched them on TV. He remained interested in current events, government and space travel until his passing. Donations in Mr. William’s memory may be made to Four Seasons Hospice, 571 South Allen Road, Flat Rock, NC 28731 or to Salvation Army, 290 Pigeon Street, Waynesville, NC 28786. A celebration of Ray’s life will be Friday, Jan. 16, at 3 p.m. at Crawford/Ray Funeral Home in Canton. Visitation will be at 2 p.m. and a reception at the funeral home will immediately follow the service. Crawford / Ray Funeral Home is honored to be caring for the Williams family